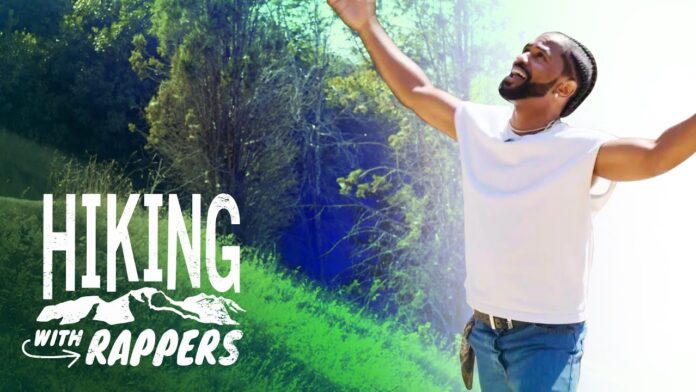 Mental health is a topic that has been taboo in our community. Oftentimes, we choose to keep our problems to ourselves. Five-time Grammy award winning rapper, Big Sean, showcased his vulnerability. He grew tired of “not keeping it real” and shared his story on his own journey with mental health.

“Hiking with Rappers” takes artists on Los Angeles’ Kenneth Hahn Trail with comedien King Keraun. This isn’t your ordinary interview. As the trail intensifies, so do the questions. On this hike, Sean and Keraun dive into mental health and how it links to Sean’s success. Although he has been in the industry for over a decade, Sean has dealt with feeling unfulfilled even though he seemed to have it all.

Sean doesn’t see himself as a mental health advocate, just someone sharing their story. “How it all started, I just said how I felt. I didn’t feel good at all, I wasn’t happy.” Coming from Detroit and Houston, both Keraun and Sean understood the lifestyle they left behind searching for more. “When you come from cities like that where it’s rare for people to get a chance in life especially when you’re black; the mentality is ‘You gotta stay on their necks.” I was burning myself out. I wasn’t enjoying myself, it was always work. I didn’t balance it out.” Burn out is common amongst creatives.

Continuing the hike, Keraun touched on Sean’s relationship with Nipsey Hussle and his impact. LA based rapper, Nispey Hussle, curated “The Marathon” which was his own perception of life not being a race, but a journey of obstacles with opportunities on the other end. Last year, Big Sean released “Deep Reverence” featuring Nipsey and produced by Hit-Boy after his death. The song talks about ending his feud with Kendrick Lamar, dealings with anxiety, and other personal trials and triumphs. He shared that in his friendship with Nipsey he noticed that you “see the best parts of yourself in him.”

So, what’s next for Big Sean? New music, new albums, new collabs. He, more than anything, wants to make an imprint on his community in the world and how to help them not just through entertainment. “My purpose is to be my best self. I look at everyone and see the God in them, I see that they’re just doing the best they can. I want to do everything with my heart in it, do everything with passion. People can see that, they can feel that and hopefully that inspires them to live out their passion.”

Sean has tapped into the spiritual and meditation teachings of Deepok Chopra, Esther Hicks, Marie Diamond and Marianne Williamson who credits in helping him change his perception of mediation and success. “Being happy is the key to everything, that’s where success really is.” We can create our own happiness by being real and open with ourselves thus creating the life we all deserve and want.