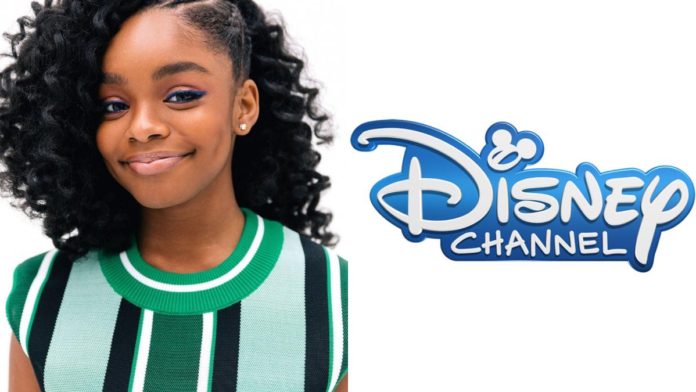 As reported by Deadline, the series follows “Paris, who, since the age of four, has been honing her skills on the cool parquet floor of Saturdays, a local skating rink owned and operated by a former ’90s hip-hop back-up dancer. With its neon lights, galaxy-painted rink, and killer D.J. spinning the latest music, Saturdays is the place to show and prove. Paris is the leader of a skate crew and is determined to take them all the way to the top. However, she has sickle cell disease, and when it flares up, it’ll take every ounce of determination to prove the doubters wrong, including her concerned family.”

Although a premiere date has yet to be announced, the Black-ish star took to social media to share the news.

“Y’all see me seeing you, right?” the actress writes. “can’t wait for this! @disneychannel“

Veteran Television and Film writer Norman Vane Jr. will write and executively produce the series. Vance has written for series such as Moesha and Girlfriends. Along with movies like Roll Bounce, Beauty Shop, and Pride. He served as supervising producer on the series American Soul, Swagger, and Queen Sugar.

Along with Vance, Marsai’s parents Joshua and Carol Martin, will also serve as executive producers.