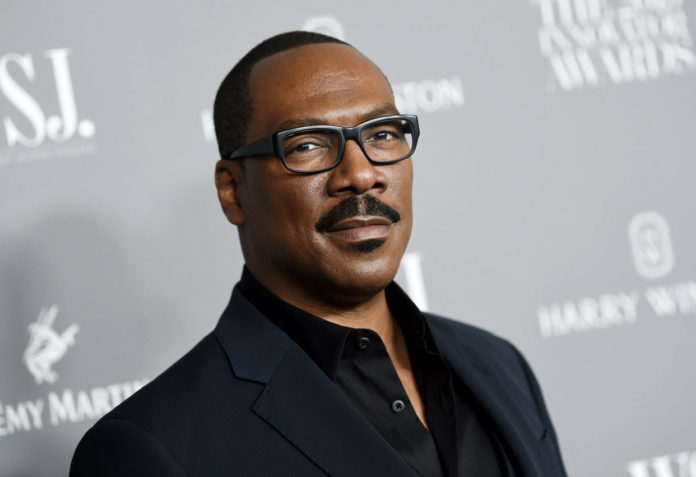 Actor, comedian and icon Eddie Murphy will be receiving his flowers at the 52nd NAACP Image Awards. Today the NAACP announced the two time Image award recipient will be inducted with the presenter of the award being his long time partner and friend Arsenio Hall.

“We are honored to celebrate one of the most influential comedic geniuses in the entertainment industry and an individual who has inspired a generation of Black talent,” said Derrick Johnson, President and CEO of the NAACP.

Murphy is arguably one of the most commercially successful actors in the history of the motion picture business, and has entertained and kept audiences laughing for over 40 years as the voice of multiple animation characters, as a stand up comedian, and as an actor playing various roles in one film.

He began his career doing stand-up comedy as a teenager and joined the cast of legendary Saturday Night Live. According to the press release, at the age of 21, Murphy starred in the box-office hit 48 Hours, and went on to star in more than 70 films including Trading Places, Beverly Hills Cop, Coming to America, Harlem Nights, The Nutty Professor, Dr. Dolittle Shrek, Dreamgirls, Dolemite Is My Name, and Coming 2 America–which secured the #1 opening weekend of any streaming movie in the past year.

As an Academy Award nominee, Murphy is being recognized and praised for his work in the entertainment industry with two NAACP Image Awards, as well as Golden Globe, Emmy, Screen Actors Guild, and Grammy Awards.

And the NAACP awards have more in store for audiences, the Image Award Outstanding Female Artist nominee Jazmine Sullivan will perform with Grammy Award-winning singer Maxwell, who is also celebrating the 25th anniversary of his debut album Urban Hang Suite.

The 52nd NAACP Image Awards will be LIVE on BET and simulcast across ViacomCBS Networks that include CBS, BET Her, VH1, MTV, MTV2, and LOGO on Saturday, March 27th, 2021 at 8/7c.