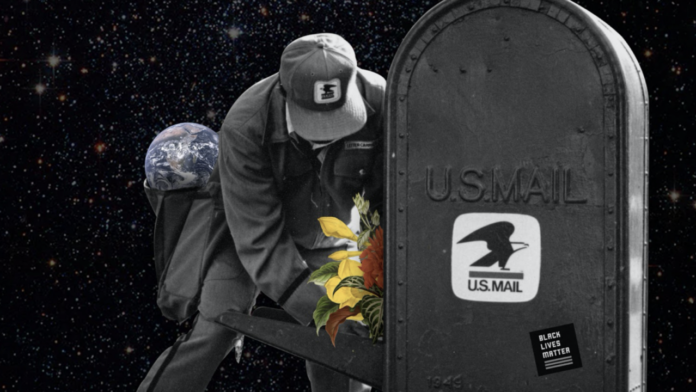 In order to maintain social distancing, the campaign encourages people to use letters to communicate during this upcoming holiday season. The initiative also features an array of diverse new stamps highlighting minority postal workers.

On their site, Black Lives Matters points out the long history of Black people working at the postal office. They emphasize how the post office has provided economic stability for the Black community.

“With federal desegregation in the early 1920s, the postal service became one of the first and largest opportunities for Black people to become a part of the middle class,” Black Lives Matter says in a statement.

According to the USPS site, the company has always valued workforce diversity and inclusion. Currently, women make up 40% of the company’s workforce. Approximately 39% of the workers are minorities, 21% of employees are Black.

The post office has experienced a funding crisis this past summer, which resulted in delays and backlogs in mail delivery. The company has also been in the headlines, as a victim of President Trump’s attacks. Prior to the mail-in ballots, Trump attempted to dismantled USPS and claimed the organization contributed to voter fraud.

“The attacks the USPS continues to face are not just attacks on the postal service but attacks on Black lives,” says BLM.

“Black postal workers have always been the living representation of generosity, dignity, and connection in my life. So I wanted to create a campaign that centered love,” says Noni Limar, the campaign’s creative lead. “The artists invited all have a deep love for Black people and felt as equally passionate about ensuring all our postal family felt cared for, seen, and prioritized.

Watch the campaign video below, where black parents showcase the power of the written word in emotional letters to their children.