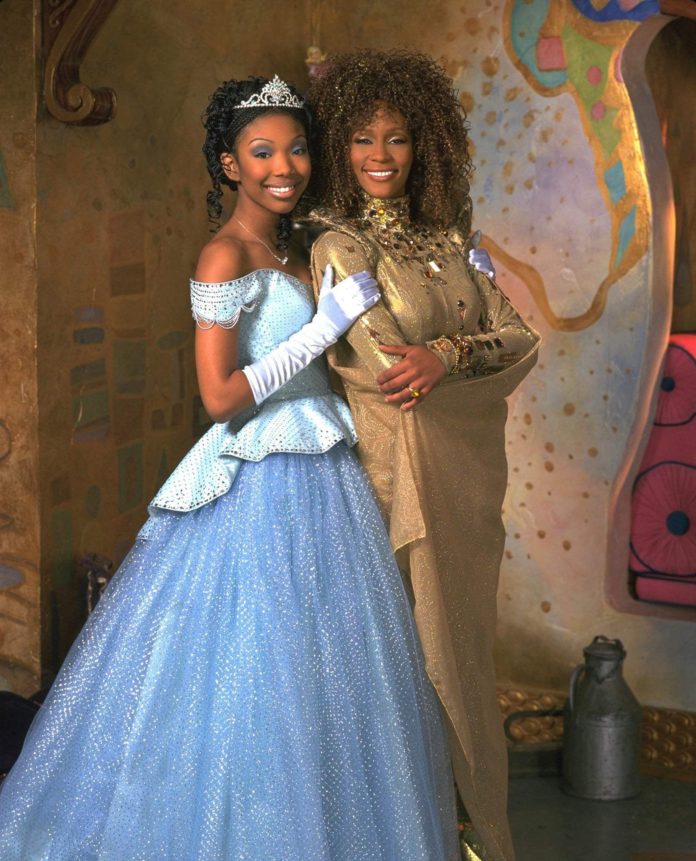 During an online interview with new series Inside with The Advocate, Brandy Norwood spoke on her time as a young actress for ABC’s Cinderella, which she played opposite Whitney Houston. She was and continues to be an inspiration for many people of color as she was the first “black cinderella” during a time when we lacked diversity on television. Arguably this was one of her most life changing experiences to date.

“I felt like I was Cinderella,” she says. “I felt like my dreams as me were coming true right before my eyes. I spent most of my childhood wanting to be a star and wanting to be a singer, but the other part of it was wanting to meet Whitney Houston. I just wanted to meet her, but I never thought in a [million] years that I would be in a studio with her.”

As she reflected on the legendary experience, there was curiosity if she would ever do it again.

“Thats gonna be hard without Whitney but you know if I ever get a chance to do Cinderella again I would love to play Whitney as the fairly god mother,” she said when asked about a Cinderella reboot. “I would have to pitch all of her songs like down 20 notches because who’s singing up there with Whitney? Nobody.”

She shared some fun facts about the movie and the behind the scenes development. As a young singer, Brandy was ecstatic when Whitney sought her out to be Cinderella. She was also mentored by Whitney as she got to spend quality time with her in the booth, practicing lines, and singing together.

Cinderella will not be the same without Ms. Houston but this can be a chance for the new generation to come in and make their mark as well.