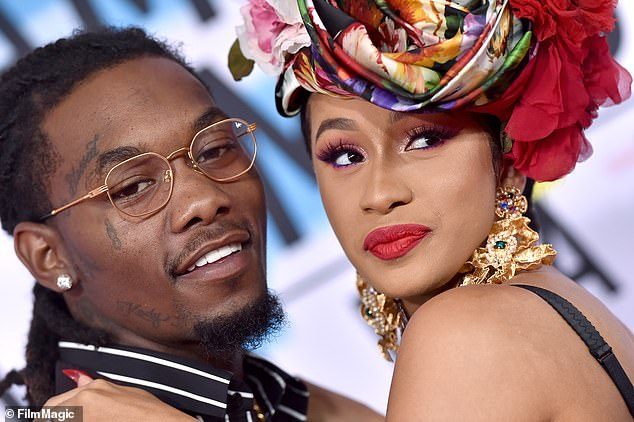 Reunited and it feels so good! Oww! Cardi B and Offset are official back together!

The couple is back after cheating scandals lead to their December split. According to sources close to the rappers, Cardiis planning on moving back into their Atlanta home with baby Kulture now that Offset has proven to Cardi that he is done with cheating by changing his number and agreeing to a strict “no groupies” policy.

The rule means that Offset will not be allowing female fans near him during any of his Super Bowl appearances this weekend, in order to show Cardi how committed he is to her and their marriage.

Over the past few weeks both Offset and Cardi have been signaling that they were ready to reunite with one another with the latest signs being Offset surprising Cardi on stage at one of her shows and another this past week with Cardi posting a photo of Offset with their daughter Kulture and the words, “I wanna go home” written on it. Which is exactly what she plans to do now that everything has been resolved between the two. Guess that divorce won’t be needed after all, okurrttt!