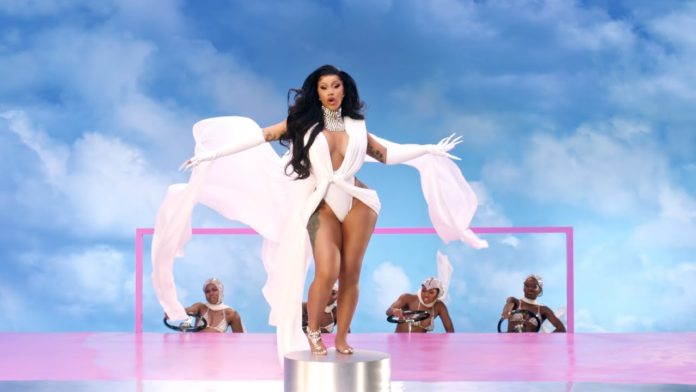 Cardi B is making history again as she scores her ninth top 10 with her new single “Up”, and the title of the highest-debuting track by a female rapper this century.

She announced her achievement to her fans on Twitter saying, “Just landed and my wifi back poppin. I want to say thank you to all my fans and supporters this is BIG for me,” she tweets. “I wanted to beat my last solo single number & I over succeeded. First time a female rapper debut top 5 since Lauren. This is pop girl shit but I’m not pop.”

If Cardi B manages to surpass Olivia Rodrigo hit “Drivers License,” she will have her another No. 1.

Last August, she and Megan Thee Stallion were on the Billboard Top 100 for their song “WAP.” Her new single “Up” recently dropped on Feb. 5 and has already made it to the top 10 ranks while, according to Billboard, has “has gone on to rule a slew of charts, including Digital Song Sales and Streaming Songs, Hot R&B/Hip-Hop Songs and Hot Rap Songs.”

The song “Up” is expected to appear on Cardi B’s untitled sophomore album.