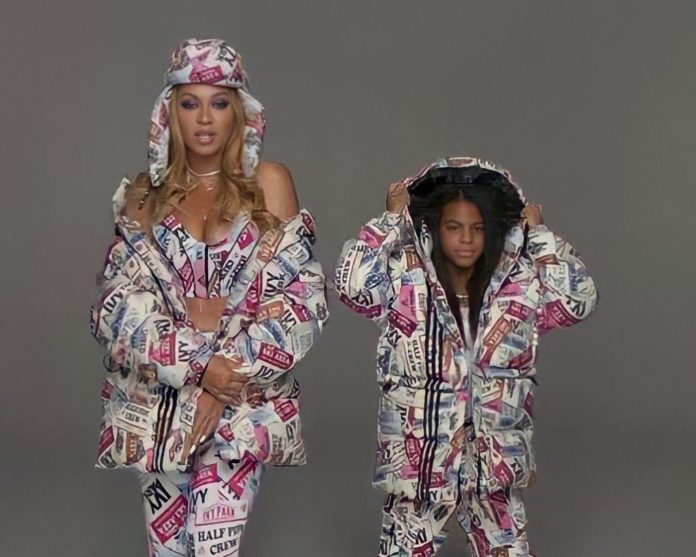 Blue’s personality took center stage as she playfully danced and twirled in the video. The 9-year-old struck various poses, swinging her hair and holding up the peace sign towards the camera.

Twitter went into a frenzy regarding Blue’s stellar appearance in her mom’s new campaign. “Blue Ivy” trended on Twitter, commenters pointed out that darling 9-year-old was the star of the campaign.

Wow, can’t believe Blue allowed the lady on the left to take part in her campaign.

when icy parks sells out in 30 seconds I’m giving blue ivy all the credit idc pic.twitter.com/lUyhSOijkO

Beyonce’s mom, Tina Knowles-Lawson, joined in the social media frenzy regarding Blue’s appearance in Beyonce’s campaign. Knowles-Lawson refers to the 9-year-old as a “little supermodel.”

“My Beautiful grandbaby Blue Ivy looking like a little super model in her Ivy Park,” Knowles-Lawson writes. “Swing your hair Blue ,!!!!! She inserted herself into this shoot . No she was not supposed to be in it ! She was just hanging out and got dressed and I guess she said “I ‘m not gonna tell you what I could do I’m gonna show you” I love that aggressive spirit My Blue Blue!!!!”