Home Hot Tea Celebrities Ask the Question: Do You Know What Happened to Breonna Taylor? 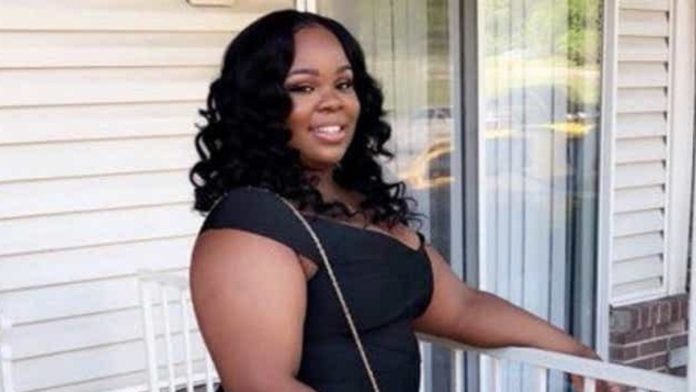 The death of Breonna Taylor has sparked nationwide attention. After the untimely death of George Floyd, more awareness has been brought to cases similar to his that involve police. Taylor was also killed by the hands of the Louisville Metro Police Department.

26-year-old Taylor was an EMT worker with hoped of one day becoming a nurse. However, those dreams were cut short. On March 13, Taylor was fatally shot in her apartment by Louisville Police after entering by knocking down her door with a battering ram. Police shot her eight times, and she was pronounced dead at the scene.

According to USA Today, the officers who entered her home unannounced were investigating two people suspected of selling drugs. Multiple neighbors also stated the police never identified themselves, nor did they knock. However, it was later released that the officers were granted a no-knock warrant from a judge.

Her boyfriend, Kenneth Walker, was also present during the shooting. He fired a shot, which resulted in a police officer being hit in the leg. However, Walker believed someone was breaking in at the time.

Taylor’s family members are demanding justice in this case. Her family filed a lawsuit against the three officers involved in the shooting.

Recently, Taylor’s death has been gaining nationwide attention. Celebrities such as Cardi B, Alicia Keys, Queen Latifah, and many more.

Videos have been circulating on their social media bringing awareness to her life. Many celebrities have posted her video and stated the phrase “Do you know what happened to Breonna Taylor?”

“Do you know what happened to #BreonnaTaylor? The officers who took part in her murder have still not been charged!! Donate, protest, petition, and demand #justiceforbreonnataylor. Visit my story for a direct link on how you can help #sayhername 🖤”

The #sayhername movement has gone viral with almost 400 thousand posts on Instagram. On the Standwithbre website, there is a button directing supporters on how they can demand justice for Taylor.