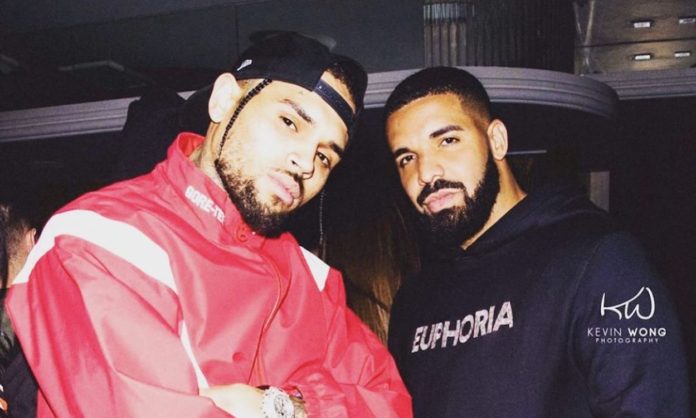 Chris Brown and Drake came together and collaborated for their hit single ‘No Guidance’, which climbed to the top of the charts due to its surprising nature. The collaboration came as a surprise to fans after a long dispute between the two artists. Luckily, they mended their friendship and used their talents to boost the song, according to a Billboard article the song “Lifts 3-1 on the list dated Aug. 24. ” Then, gained an 8% boost to 32.1 million according to Nielsen Music. The two are obviously a great pair when it comes to producing hits.

In Fat Joe’s Instagram Interview Live series, Brown confirmed him and Drake are indeed in the works of a collab album. “Yeah. I think we wanted to shock the world…We got some songs. We definitely got some songs…It’s definitely gon’ be something that we’re working on that’s gon’ be crazy,” said Brown. In the interview, he also reveals the album would be titled, Best of Both Worlds.

It seems as though fans are just going to have to wait and see what these two amazing artists are putting together!