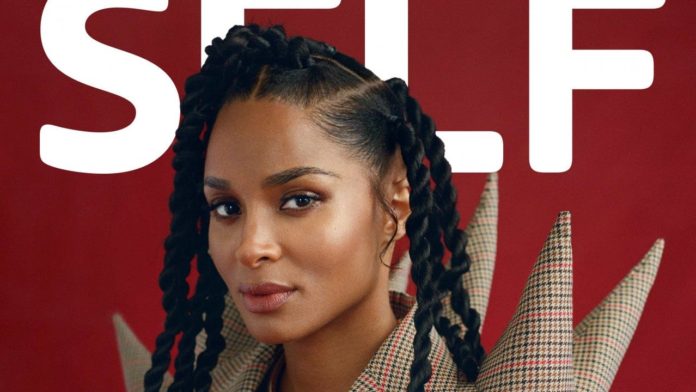 R&B superstar Ciara covers the January 2021 issue of Self Magazine, the mother of three reveals details about giving birth during a pandemic.

“I literally made my first push with Win, and then [my obstetrician] was like, ‘She needs a mask on. Get a mask on,'” Ciara tells SELF. “My mask was pretty good. I could still breathe alright through it, so that was good. But it was like, ‘Wow. This is crazy. I’m having to deliver a baby with a mask. What in the world?'”

The “Level Up” singer also expresses some of the challenges she’s faced enforcing remote learning with her children Future, 6, and Sienna, 3,.

In order to keep her children on track, the Grammy award-winning artist had to become a self-proclaimed teacher’s assistant. For her oldest, she created a schedule similar to how a school day would run, incorporating P.E. and break times.

For her daughter Sienna, Ciara opted for a more hands-on approach. Ciara’s focus was to make sure Sienna’s “not missing out on the fundamental things that she would be doing if she was in school.” The singer found ways to incorporate fundamental learning, like letters and shapes, into home activities. “They learned about the letter A and we made homemade applesauce the other week,” she explains. “which was really fun. She’s following along with some of what her classmates are doing at school, but we’re just doing it at home.”

Watch the singer get real about motherhood during the pandemic below.