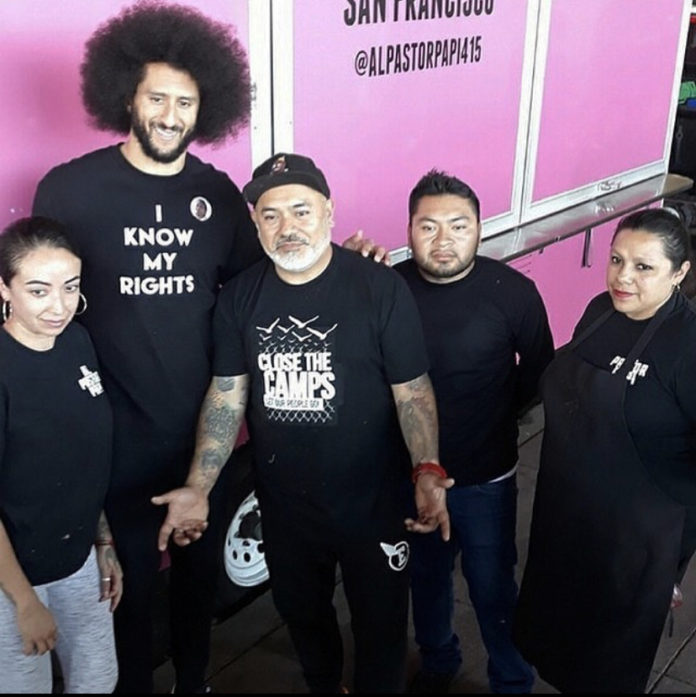 Colin Kaepernick switched things up on his birthday this year and decided to do a selfless act of kindness. According to TMZ the former NFL quarterback was out in Oakland’s tent city on Sunday to give back to those in needs on his 32nd birthday. In partnership with his foundation, Know Your Rights Camp Kaepernick and girlfriend Nessa were out early in the morning giving out backpacks filled with snacks, socks, air quality masks, shampoo and other needed resources. He also paid for a taco food truck to come out and feed everyone as he covered the tab. As expected, locals took a notice to what was going on and wanted to snap pics with Kaepernick which he happily agreed to.

Kaepernick has been making headlines since his exit from the NFL surrounding his National Anthem Protest. In 2016, Kaepernick began kneeling during the national anthem at NFL games to protest policebrutality and racial injustice. He remains unsigned from any NFL team since but that hasn’t stopped Kaepernick from being a blessing to others.