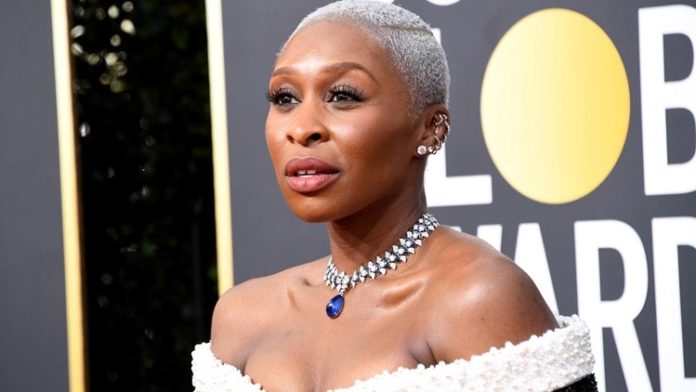 Cynthia Ervio is a British actress, singer and songwriter known for her role as Celie in the Broadway version of The Color Purple. Ervio won a Tony and a GRAMMY award for her performance and last year, she played the lead role of abolitionist, Harriet Tubman, in the movie Harriet; directed by Kasi Lemmons. Recently, she declined the offer to perform at the British Academy of Film and Television Arts (BAFTA) Awards, citing her reason that no black actors had been nominated for their roles.

“I felt like it didn’t represent people of color in the right light.” Ervio told Extra. It felt like it was calling on me as an entertainer as opposed to a person who was a part of the world of film and I think that it’s important to make it known that it’s not something that you throw in as a party trick, you know?” She continues to say, “I work hard and every single person of color who is working in these films this year has worked really hard, and there are many of them who deserve to be celebrated.”

The 33 year old actress who got her start on British television has been double nominated for an Oscar this year for Harriet. One for Best Actress and another for original song for ‘Stand Up’. She made note that at the BAFTAS, there were no female directors nominated either. Cynthia told CNN, “I felt truly honored that Kasi and our producers saw fit to have me play the part; being asked to co-write and perform the song in the film was the icing on an already wonderful cake.” The Academy Awards air Sunday February 9th at 8e/5p.