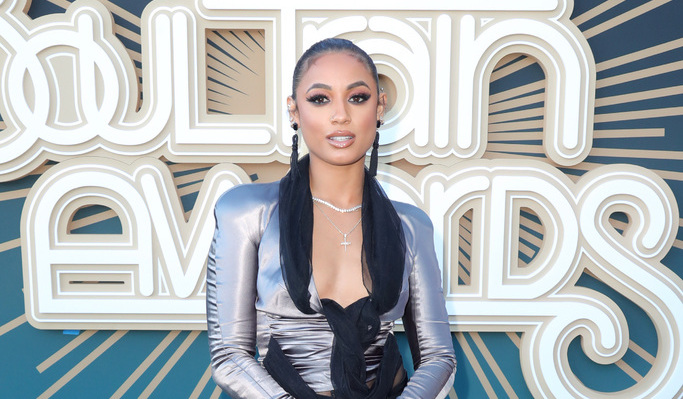 From backup singer to artist, DaniLeigh learned early on how to master the art of singing and dance to become a great performer. The South Florida native started dancing at the age of 12 and began posting covers on YouTube at the age of 14. At age 18, she was called on by Prince to direct and co-write the treatment for his 2014 song “Breakfast Can Wait,” and her music career has been looking up ever since.

With the remix of her single ‘Easy’ featuring Chris Brown reaching over 96 million views on YouTube, we caught up with the singer on the green carpet at the 2019 Soul Train awards to ask what’s next in her music career.

DaniLeigh is undeniably a shining talent that brings good vibes. After busting a move with us on the carpet, she assured us that everything she has going on in her career is all positive. “I just closed my album; it will be out in January 2020, so I’m hype about that, I’m shooting a visual album in December, and then I go on tour and then…it’s just lit! ”

She also confirmed with us the title of the album is Loved a Liar, and she explained where the name came from “I loved a liar, so this album is about that.”