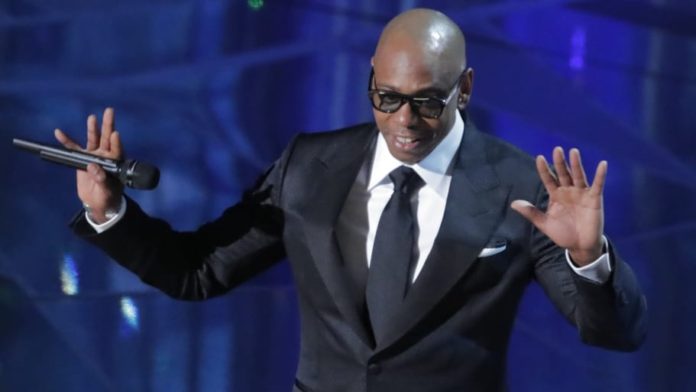 Dave Chappelle is a living legend. This past Sunday, Chappelle was honored with the Mark Twain prize for lifetime achievement in comedy at the Washington Kennedy Center for the Performing Arts.

During his speech, Chappelle was vocal as his walked across stage with a lit cigarette in his hand. “I want everyone in America to look at me smoking indoors”, he joked. “I didn’t ask anybody. What are they going to do? Kick me out? This is called leverage!”

He also made it clear, that comedy had the biggest impact on his life. “I love this job. It saved my life” says Chappelle. Previous recipients of the Mark Twain award include Richard Pryor, Steve Martin, Tina Fey, Will Ferrell, Ellen DeGeneres, Carol Burnett, Bill Murray, David Letterman, and more.

Chappelle currently has a multimillion dollar deal with Netflix to produce regular stand-up comedy specials. Looks like we can expect more from his comical genies in the near future.