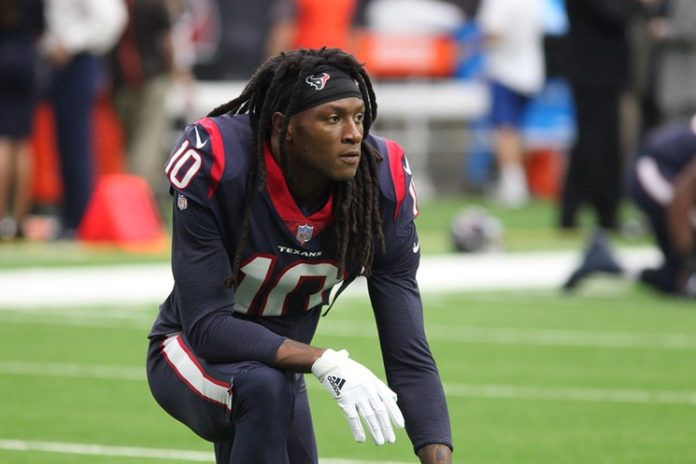 Houston Texans wide receiver, DeAndre Hopkins dedicated his playoff game and check to the family who recently lost their seven year old daughter in a drive by shooting, Jazmine Barnes. His playoff game check is worth $29,000, set to help the family with funeral cost. Hopkins took to twitter expressing his sentiments about the tragedy stating, “When I see Jazmine Barnes’ face, I see my own daughter…. On Saturday, I will be playing in your honor, Jazmine”

The killing occurred at a Walmart in Texas just a few days before the New Year. A gunman reportedly drove up in a red pick up truck and began shooting. Jasmine was in the car with her mother and three sisters. She was shot in the head and died at the scene and the others injured. Police describe the killer as a white bearded male with blue eyes. They suggest this was a hate crime, very random and unorthodox with no reasonable back story.

This dreadful story has received national attention and captured the eye of civil rights activist Shaun King and civil right lawyer Lee Merritt. King has raised over 100,000 in a short time span for information leading to the man who took this poor child’s innocent life. Hopkins told reporters he too plans to join civil rights forces in New York to help bring justice to Barnes family. “ What I can do, that’s nothing, that won’t bring a person back but it may prevent the next little girl from dying a senseless death… I don’t want to make this about me it’s bigger than me”, said Hopkins.

Apparently this is not the first random shooting targeting black families in the area. In 2017 a smiliar situation took place and locals are not looking to goverment officals and police officers for answers.