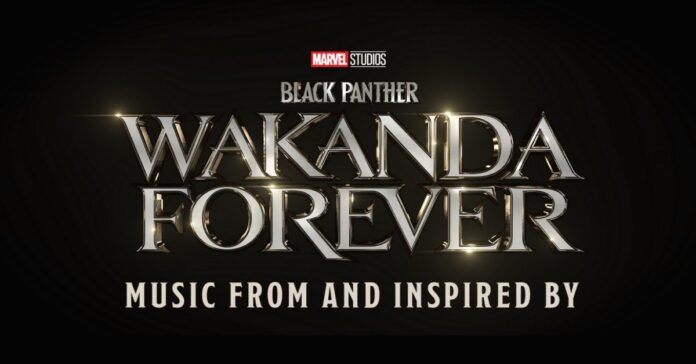 After the successful release of the lead single “Lift Me Up” by award-winning artist and fashion icon, Rihanna; Def Jam, Roc Nation, and Hollywood Recordings will globally debut the soundtrack of the highly anticipated film, Black Panther: Wakanda Forever. According to the press release, the project will have “music from and inspired by” the film.

With over 2500 hours spent in six studios spread across three continents, Göransson took what started as a dream at USC Film School with Coogler and made it into reality for the highly anticipated film. “Ryan and I talked about the importance of creating an immersive journey of sound and voice. If we used a song in the film, we wanted it to be the entire song, and to be connected to the story. Thematically, we wanted to move the audience from grief to celebration. When you listen to the soundtrack, you can close your eyes and relive the experience of the movie. That was the intention.” Not only will 40 artists be featured, but also 250 musicians, two orchestras and two choirs.

Black Panther: Wakanda Forever will hit theaters on November 11th. With many returning characters like Queen Ramona (Angela Bassett), Shuri (Letitia Wright) and Nakia (Lupita Nyong’o), the story takes a turn as the nation fights to protect themselves after the death of T’Challa (Chadwick Boseman). Coogler and Goransoon take the next chapter to a different level with a new musical experience for all to enjoy.