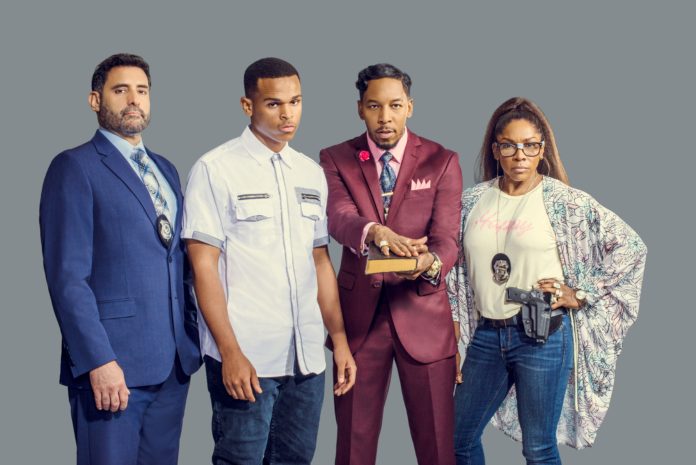 TV One’s orginial summer movie Sins of the Father is set to premiere Sunday, July 7th at 8pm ET/7pm C and JaGurl TV had the pleasure of attending the private screening in Atlanta Ga on Monday, July 1st.

The movie follows Clarence Burnett, played by Deitrick Haddon, a pastor in Atlanta whos happily married to Karen, played by Angela Davis. In the film Karen gets brutally murdered out the couples Atlanta’s home sending shock waves through their community. As the police dig deeper into the Burnett’s inner circle, they discover secret lives filled with lust, cruelty and unearth a sinful conspiracy of biblical proportions.

We caught up with the movies leading star Deitrick Haddon who says he had to “tap into his dark side” to become the character. “I believe we all have a dark side, and I just channeled my biological father; I went to that side and that was it.” Haddon explained. “He’s (Clarence) just a bad guy, he’s a bad leader, the epitome of what you call a wolf in sheep clothing”

Watch the full interview here on JaGurl TV and be sure to catch Sins of the Father on TV One Sunday, July 7th.