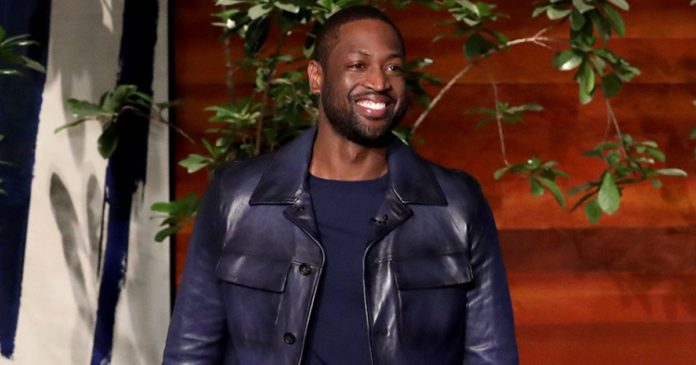 Dwayne Wade is famously known for his work in his 16-year professional basketball career. When you mention his name he is known for being a powerhouse on and off the court. Off the court, Wade is a family man who is the father of four beautiful children. His job as a father is to teach, support, and most importantly protect his children in a harsh criticizing world. On February 11, 2020 the NBA star went on the Ellen DeGeneres Show and he candidly spoke about the journey to embracing his 12-year-old’s gender identity.

Zaya Wade, originally born as Zion Wade, came to her parents ready to open up about the truth about her identity. Wade said during his interview, “Zion, born as a boy, came home and said, ‘Hey, so I want to talk to you guys. I think going forward I am ready to live my truth. I want to be referenced as ‘she’ and ‘her.’ I would love for you guys to call me Zaya.'” Instead of being dismissive or negligent, Wade and his wife, actress Gabrielle Union, accepted that they had a child who is now a part of the LGBTQ+ community.

Wade and his wife made it a priority to educate themselves about the LGBTQ+ community to give Zaya the opportunity to be her best self. Wade mentions how Union reached out to the cast of Pose, a television series about New York City’s African-American and Latino LGBTQ and gender-nonconforming ballroom culture, to educate her family on the different layers of the LGBTQ+ community.

When speaking about his role as a parent Wade said, “Now it’s our job to, one, go out and get information, to reach out to every relationship that we have. We’re just trying to figure out as much information as we can to make sure that we give our child the best opportunity to be her best self.” Wade also stressed the importance of now using feminine pronouns like “she” and “her” when addressing his daughter as that is what she would like to be referred to.

Union posted on her Twitter Tuesday with a video and warm message to properly introduce Zaya. “Meet Zaya. She’s compassionate, loving, whip smart and we are so proud of her. It’s Ok to listen to, love & respect your children exactly as they are. Love and light good people,”

Ellen DeGeneres, who is also a part of the LGBTQ+ community, expressed her support during the interview and commended the couple on their parenting style. Watch the full interview here.