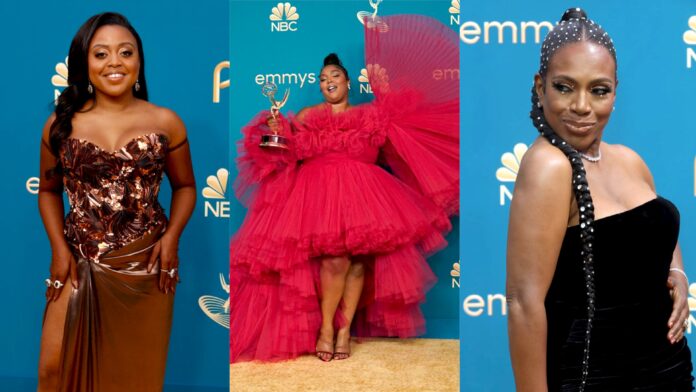 Monday night, the 2022 Emmys, hosted by Kenan Thompson, awarded actors, directors, writers, etc., with a range of accolades. This star-studded night commemorates powerhouse talent in the television industry. Celebrities took to the red carpet to showcase their designer looks, a major part of the night that many viewers anticipate. Here are our top 5 looks!

Abbot Elementary creator, actress, and now Emmy Award winner, Quinta Brunson, made her Emmy Award red carpet debut styled in Dolce & Gabbana. She is seen in a gorgeous bronze dress with a golden corset, sheer gloves, and a thigh-high slit.

Last but not least, appearing on the red carpet shortly before the ceremony began, viewers fell in love with Lizzo‘s red high-low tulle gown designed by Giambattisa Valli. What a moment!