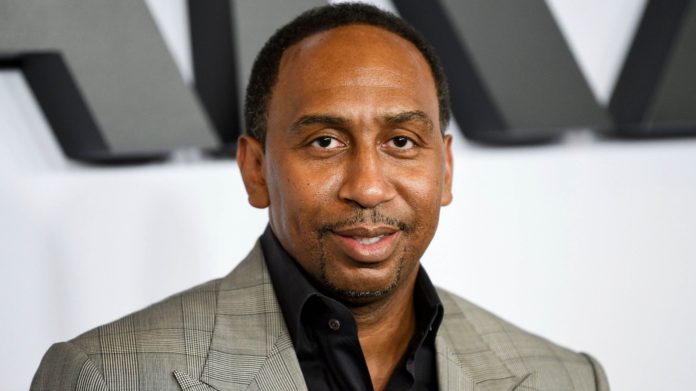 ESPN’s, Stephen A. Smith will now be getting his own nightly show.

The popular sports ESPN host, has taken the opportunity to explore other avenues and according to Variety, the show will be called ‘Stephen A’s World‘ and will include original segments and celebrity guests.

There will be a diverse list of guests to appear on the show. In an interview with Variety he says, “I’ll give my hot takes. I’ll still be me when I’m with me,” he explains “But when I’m with a guest, it’s about them.”

Now Smith is very popularly known for his outbursts and passionate responses to topics aired on television, but he says this time things will be a bit on the lighter note.

“You can already see me pontificating or debating, being very demonstrative, bringing some news to the question” he says “There is going to be a bit more levity to this show, a bit more fun.”

Smith says he will continue to be a member of ESPN’s NBA coverage, but has decided to turn over a new leaf and leave radio behind. “I want to be part of the streaming world, and I have found that to be far more beneficial to my career than audio per se.”

According to ESPN, Stephen A’s World will feature exclusive segments, like:

“Love Doctor” – Giving relationship advice to couples where one is prioritizing sports.

“Bet on It” – Celebrities picking their game winners every Friday.

“Baby Stephen A” – Weekly visits from the one and only social media sensation.

In an ESPN press release Smith expresses his excitement in saying, “This is definitely something new. Sure, it’ll be sports-related. I’ll never depart from that. But this is also a look inside MY world, beyond what you customarily see from me across all the other ESPN platforms,”

So, what can one expect from the new show? “From talking to A-List guests, to bringing ‘Baby Stephen A’ into the mix, to asking the ‘Love Doctor’ to save a few relationships sports are actually compromising, you just never know what you’ll get from me day-to-day. It all depends on my mood. That’s Stephen A’s World in a nutshell. Putting the PLUS in ESPN+. And I can’t wait.”

Stephen A’s World streamed its first episode last night (January 11) and will release new episodes every Monday, Tuesday, Thursday and Friday and can only be streamed on ESPN Plus.