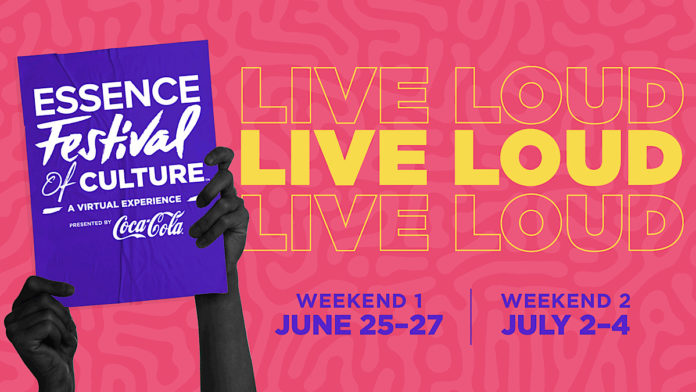 As the world starts to open back up, we get to indulge in the entertainment we have missed since March of 2020. Whether it is in person or virtual, it has been a lifesaver to be social and connect once again. The annual ESSENCE festival is making its appearance, but this time with a dope twist. Verzuz and ESSENCE festival are collaborating for an experience to remember.

Presented by Coca-Cola, Verzuz and ESSENCE is going to bring the most talked about music experience of the summer with their Festival of Culture. This festival will be host to a Verzuz battle that has yet to be revealed. In the past we got to indulge in the sounds of Jeezy vs. Gucci Mane, Ashanti vs. Keyshia Cole, Patti LaBelle vs. Gladys Knight, Brandy vs. Monica, and so much more including Eve vs. Trina (who is the next upcoming lineup). Once the battlers have been announced, expect to see this Verzuz on July 1st.

According to ESSENCE, this years line up will include Jazmine Sullivan, DJ Khaled & Friends, Kirk Franklin, Davido, Michelle Williams, Ne-Yo, Tank, Teedra Moses, Carl Thomas, Case and D-Nice, with additional names to be announced in the coming weeks. ESSENCE went to their IG and said “You asked, We DELIVERED. A Battle of GIANTS is going down at this years Essence Fest. Let us know in the comment section who you think will battle for the CROWN. @verzuztv You Ready?”