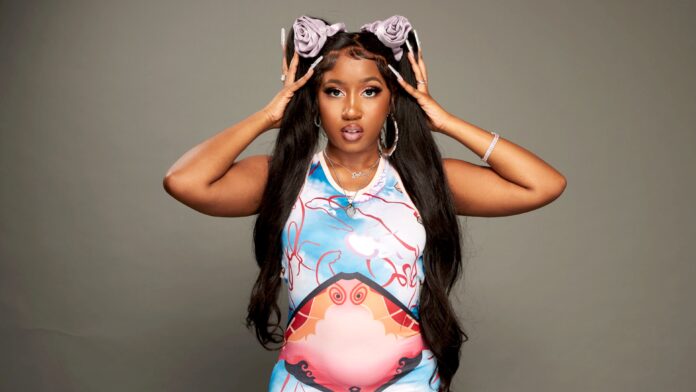 Interpolation is the use of a previously recorded track in a song as is, which is different from a sample. In Baby Tate’s “Aint No Love” parts of Ciara’s “Oh” were re-recorded for the track. The Atlanta-raised artist expressed her excitement when the “JUMP” artist cleared its use and showed support. “I was super excited that she cleared it and so to also have her support the song, I actually cried yesterday. I did my makeup and I saw the video while I was doing my make up I was like ‘I can’t cry right now because I’m going to ruin my makeup’, but as soon as I got home I let the tears flow.”

Ciara posted on Instagram a video of her stitched next to Baby Tate dancing to “Aint No Love” specifically during parts where “Oh” is heard. Both being artists from Atlanta, Baby Tate continues to speak on the impact Ciara has had on her, “Being a girl from Atlanta growing up with Ciara being such a huge inspiration to me that just felt so good to have her embrace me in that way. Shoutout to Ciara, I love you so much, thank you.” Along with showing gratitude to her “Level Up” role model, Baby Tate also thanks the featured artists 2 Chainz, “Shout out to 2 chains, it’s a very Atlanta situation going on!”

Baby Tate will be sharing the stage with Babyface on the next airing of The Tonight Show with Jimmy Fallon on Septemeber 28th!