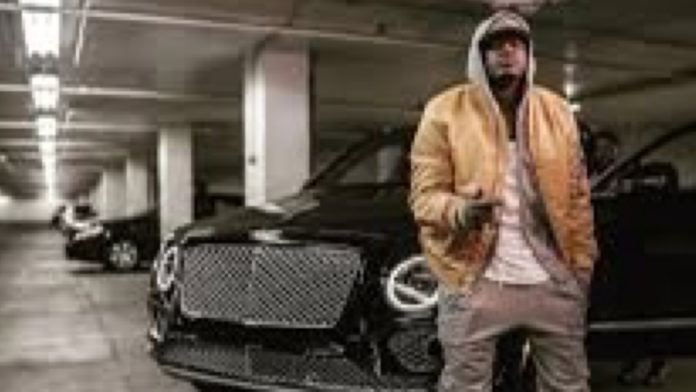 TCF Live was hit hard by this tragedy. His heartbreak transformed into inspiration. The famous underground rapper connected with Rooga, and they created a track influenced by Duck’s flow and sound. “New Duck Flow” is a track designed to keep the legacy of the fallen star alive.

TCF Live directed the music video accompanying his new single. The rapper recently directed “Dead or Gone” by RJTheVoice, featuring FBG Duck. TCF Live included Duck’s family in the visual, including his mother, who has been outspoken about his death and has spoken out against Chicago’s inner city violence.

Talented Chicago rapper TCF Live sat down with JaGurl TV for an exclusive interview describing the inspiration behind his music, FBG Duck’s legacy, and his dream collaboration.

Your new track “New Duck Flow” was inspired by your friend and fellow rising rapper Fly Boys Gang Duck. Can you explain what your friendship was like with Duck?

So with me and Duck… we had a mutual friend that passed away a few years back. And we always knew of each other, but we never had an opportunity to lock-in. So we had locked in a couple of years ago… So we collaborated on a could of records. I always pay homage to his style because I felt like it always popped out a lot. It grabbed your attention a lot too.

The record was originally for him. I wrote the record, and he heard it probably a week before his passing. I sat on it for a while, and then I was like ‘you know what, I’m going to pay homage to his passing.’ and then his cousin Rooga, he’s one of the homies, he liked the record as well, so we decided to put it out and make it something dope that we felt like his audience would enjoy.

How have you used music to come to terms with your loss?

I’ve lost a couple of friends throughout the year, some to violence, some to medical conditions. Honestly, it [music] is a really good coping mechanism, but it also shows the audience, gives them a taste of a person on a different level. Yeah, we know him at this level, we know him for this, but the more you give shout-outs too, the more you break down a record and really pay homage to who they were as a person. I feel like it’s a coping mechanism, it kind of feels like they’re there.

A lot of comments from the record that we did is that you can feel his energy within in the record.

Innercity violence is a national issue; what have you done in your city to promote change?

Definitely, moving forward, within the next year or some, I try to make more records where we can bring different sides together, different people together to kind of shine light on that, to be a leader instead of a part of the problem.

So since we are on the topic of Tupac, if you could collab with anyone, dead or alive, who would be your dream collaboration?

One of my biggest influences was James Brown. I feel like I would write him something so dope. It’s undeniable. The king himself, Michael Jackson, of course.

But if I had to pick a rapper, I’d probably say DMX, that’s one of the most influential rappers that I looked up to besides the mystical. I like more of the hooping, the hollering, and the yelling, as you can see from my records.

What is it about DMX’s style or flow that attracted you to him?

My thing was is when you heard DMX, you swore up and down DMX was like 6ft tall. So that was the biggest thing for me. When I was a kid and realized how tall he was, I was like, ‘what? Ain’t. I way!’ But his bravado, his confidence, and every line that he said, he didn’t have to be lyrical, metaphorical, punch line to punch line. He knew how to get straight to point and still give you that impact.