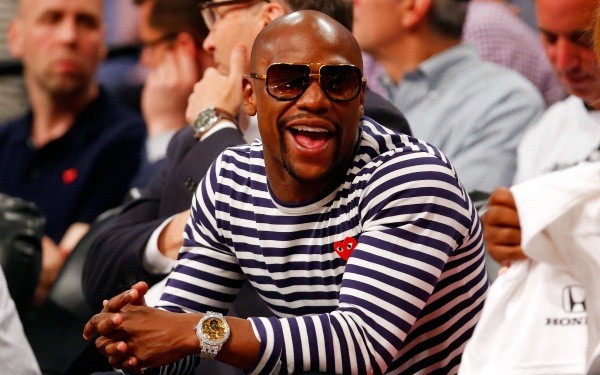 It seems like there was a lot of action happening over the weekend. Rapper, Tyga,  was physically removed from Floyd’s 42nd birthday party on Saturday night after getting into a heated altercation with another man inside the event. Tyga reached for his security guards gun as a situation was escalating, it was lucky that the security guard prevented a bigger situation from happening by stopping him.

Apparently the rapper was aggravated over the situation regarding “missing payments on a fancy Maybach car.”

According to Tyga the situation is resolved now. TMZ reporters caught up with Floyd Mayweather asking him for his opinion over the whole situation and if Tyga will still be invited for future events  Mayweather doesn’t seem to mind that the situation happened.  Mayweather said “I don’t care that Tyga got in a fight in my party … guess what?! It was good publicity for my party!”

After a hectic weekend for many, it’s good to see a small situation like this spiral out of hand.