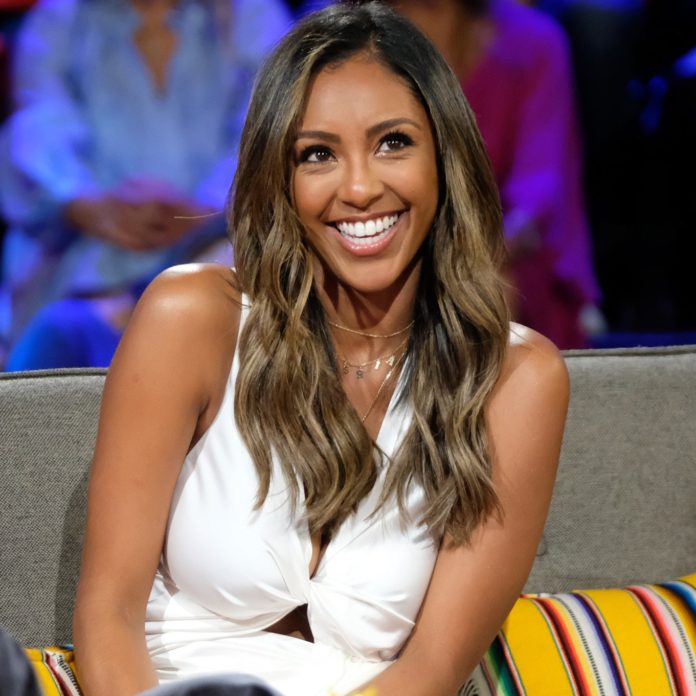 In a joint statement to PEOPLE, Warner Horizon and ABC Entertainment announced the news.

“Chris Harrison will not be hosting the next season of The Bachelorette,” the statement read. “We support Chris in the work that he is committed to doing. In his absence, former Bachelorettes Tayshia Adams and Kaitlyn Bristowe will support the new Bachelorette through next season.”

“As we continue the dialogue around achieving greater equity and inclusion within The Bachelor franchise, we are dedicated to improving the BIPOC representation of our crew, including among the executive producer ranks,” the statement said. “These are important steps in effecting fundamental change so that our franchise is a celebration of love that is reflective of our world.”

Following the announcement, Bristowe shared a clip of her and co-host Adams dancing together.

While on the show, past social media posts of Kirkconnell dressed in Native American-themed attired attending antebellum-plantation-themed party resurfaced.

During an interview with Extra, Harrison questioned the “lens” of 2021 compared to what people considered “understanding” in 2018.

Kirkconnell, a current contestant on the Bachelor, has issued an apology.