Home Hot Tea Former NFL Player, Matthew Cherry, gets Nominated for an Oscar for His... 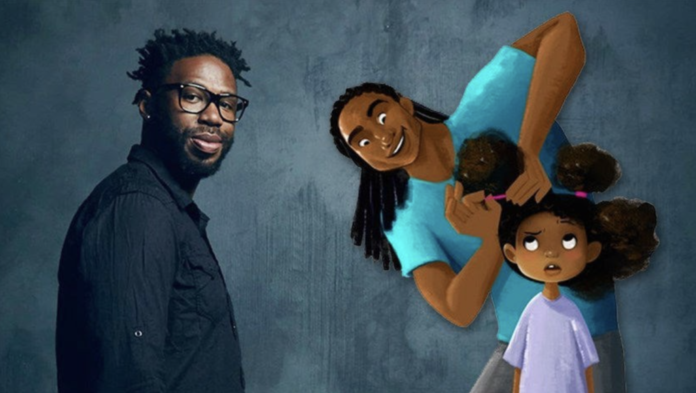 There has been a lot of controversy surrounding the nominations presented for the 2020 Oscars. The community has created an uproar for the lack of diversity in the nominations list. From Issa Rae throwing settle shade while announcing some of the nominees to Cynthia Ervio taking a moral stand for actors of color, there has been a bad stigma created around the award show. This is disappointing because there has been a lot of great work done by minority actors, filmmakers and creators but not all hope is lost. Hair Love, the popular children’s book turned animated short by former NFL player, Matthew Cherry, gets nominated for an Oscar.

The former athlete went to Twitter to show a heart-warming video of Cherry and his team celebrating the accomplishment and show gratitude. According to Because of them We Can’s website, “The NFL player turned filmmaker was on a mission to highlight the relationship between Black fathers and daughters in a short film, inspired by viral videos of fathers doing their daughters’ hair.” Cherry claims, “Media is impressionable and when little kids see shows, movies and magazines and don’t see people who look like them in a heroic place or complex place or don’t see themselves at all it makes them seem abnormal or an exception to the rule. And we’re trying to make them feel normal and have a little Black girl with maybe kinky hair feel like she’s represented.” All though the Oscars may not have an understanding for representation, it is nice that our community will stand up to make a change.

The nomination was announced by Issa Rae who’s voice acting was featured in the short.Watch the full animated short below.