Home Headline H.E.R. Says She Would Collab with Zendaya and Kehlani 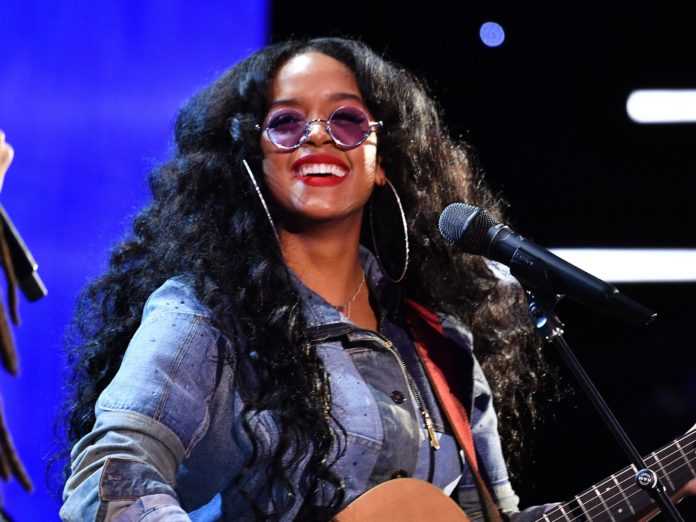 Earlier this month, we learned that Zendaya, Kehlani, and H.E.R. were supposed to be in a childhood girl group. In an interview with Entertainment Tonight, H.E.R expressed her interest in a possible collab with the two talented artists.

“That would b crazy!” The “Slow Down” singer tells ET. “I mean [Zendaya and Kehlani] are really powerful adult women, and we call came up from the Bay Area, so maybe we gotta do something from the Bay… Who knows?”

H.E.R, whose real name is Gabriella Sarmiento Wilson, was born in Vallejo, California, according to ET. But the singer was raised in the San Francisco Bay Area. While Kehlani and Zendaya were both raised in Oakland.

The rumors of a possible collab come weeks after the news was revealed that the trio was almost a girl group! Although Zendaya was supposed to join the group last, Kehlani and H.E.R. did have a chance to perform with each other during their earlier years.

Fans dug up this adorable photo of the duo.

“New/Old photo of Kehlani and @HERmusicx in music festival in Golden Gate Park at Speedway Meadows,” writes the fan page.

Both singers attended the 2021 Billboard Music Awards this past weekend. However, we didn’t witness a long-awaited reunion between the two. H.E.R did take the stage and perform with DJ Khaled and Migos to start the ceremony. Ahead of attending the 2021 BBMAs, H.E.R enthuses her opening performance with Khaled and Migos.

“It’s gonna be a lot of energy,” she shares. “And it’s gonna be kinda musical at the same time, and of course me collaborating with DJ Khaled and Migos, it’s something you’ve never seen before. I think it’s gonna be one of the first times you’ve seen, you know, this many artists on stage together, so I’m really excited.”

Watch their electrifying performance below.