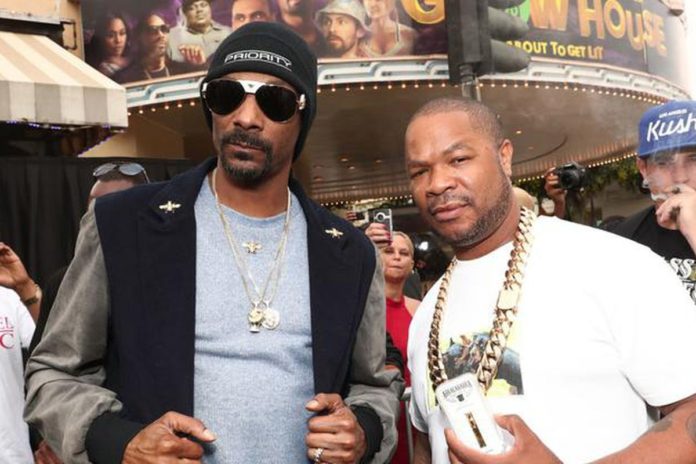 Rappers Snoop Dogg and Xzibit, along with a group of predominantly Black men, were recently selected to lead a conversation with the Los Angeles County Sheriff’s Department (LASD) regarding police reform, reported by Revolt TV.

In a video shared by Hip Hop Crown Nation, the duo and a group of people engaged with LASD. Through this constructive dialogue, each party hopes to come to a sense of understanding.

The video begins with a moderator explaining that everyone in the room has been hand-picked to have this conversation.

One sheriff starts by sharing an FBI statistic about police officers.

“Typically when a police officer gets shot or killed, it’s typically within the first 60 seconds to two minutes,” he explains.

Snoop Dogg is quick to rebuttal the claim.

“We can get killed off of that one-minute conversation that you having with us based off that FBI stat, that’s f**king bullsh**,” the rapper says. “Every ni**a not gonna allow you two minutes to even entertain that. Our first two minutes, our heart is beating fast. Then, when y’all walk up to the car it’s even faster.”

The group expresses concerns about the police force regulating their neighborhoods not acknowledging their community’s issues.

“Is there an advisory team that includes people like us?” A member inquires. “That can really make decisions with you all on policies and procedures?”

In another clip, Xzibit questions officers about their sense of accountability for one another.

“We usually don’t get to have this kind of honest dialogue,” the rapper explains. “Where can we start the dialogue and be like, okay, we can tell ours, and we can get movement from our people. But when is it going to be something where the good cops become vocal about the bad cops and then police themselves in that manner?”

The answer to Xzibit’s question is not shown in the clip. But later in the video, an officer explains the ways the police are penalized for wrongdoings.

“Anything that our deputies have done, that has been inappropriate… gets addressed even at the smallest thing,” the sheiff explains.

This is not the first open conversation that LASD has had with the community of concerned citizens.

At the beginning of the video, one sherrif referrs to another meeting.

“I want you guys to live, plain and simple,” the Sherrif explains. “Why don’t we have a sit-down meeting where we can discuss how to keep you alive?”

Watch the video shared by Hip Hop Crown Nation below.