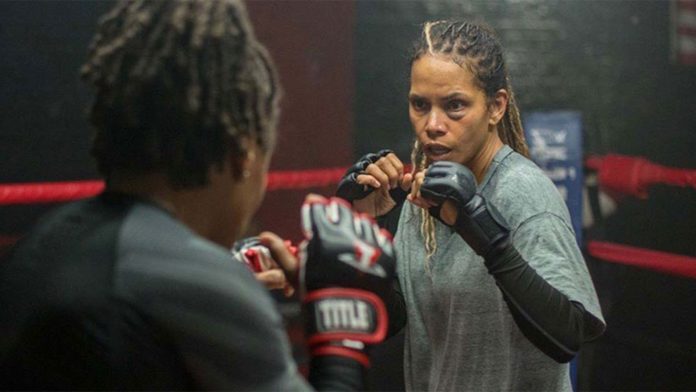 When you think of strong Black actresses who have been in the industry for over 20 years, who comes to mind? I bet many women who have made an impact on this industry rushes to you, which says a lot about how things have changed for the better. Today we are focusing on the life work of Halle Berry and what she is continuing to do to add to her resume.

Berry made her directorial debut in the MMA-themed movie Bruised. A movie about a disgraced MMA fighter, Jackie Justice, who has to face one of the rising stars of the MMA world and deal with the return of her 6-year-old son. After premiering at the Toronto International Film Festival this weekend, we get to see Berry in all of her glory from the comfort of out homes.

It had been reported that Netflix has acquired her film for nearly $20 million for the boxing themed drama.

“I didn’t want to stop because I had prepared for so long,” Berry said about the film. “We had rehearsed; we were ready. So my mind, my director’s mind, was just — keep going. And I compartmentalized that, and I just kept going: ‘I’m not going to stop. I’ve come too far. I’m going to act as if this isn’t hurting. I’m going to will myself through it.’ And so we did.”

Berry did a great job of balancing her role as an actress (which she is an OG at) and her new found role as a director. Despite the odds she found this film was important to her because she “so deeply related to it.”

“I relate to being an underdog, being a Black woman,” she said. “You might imagine that the struggle of surviving and achieving and accomplishing has always been one that I’ve fought since I can remember. So right away, the story touched me.”

As of right now there is no word on when Bruised will hit the streaming giant, but we will be glued to our screens when it drops.