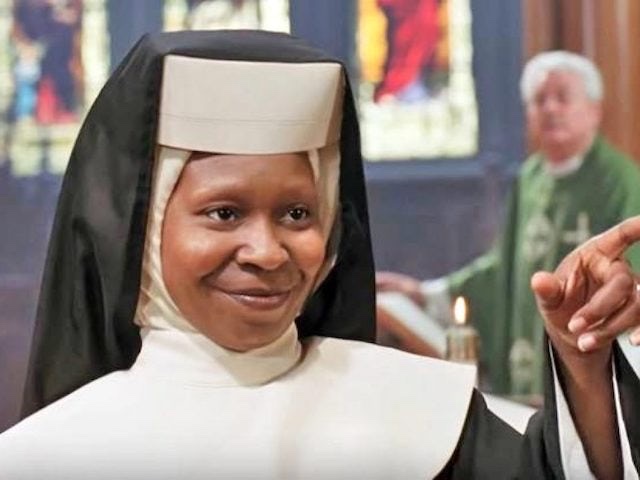 The Multi-talented legend, Whoopi Goldberg, has confirmed she is bringing us back to the church very soon!

During her guest appearance on The Late Late Show with James Corden, Goldberg discussed that she is continuing the ‘Sister Act’ franchise. A third film is currently being seriously discussed.

James Corden, who is a big fan of the movies, wanted to know why a third installment of the movie didn’t happen sooner. “Because for a long time, they kept saying no one wanted to see it,” Goldberg said. “And then quite recently, it turns out, that that may not be true. People may want to see it. So we’re working diligently to try to figure out how to get the gang together and come back.”

Back in 2017, Goldberg reunited with some of the cast to perform a tribute to the film which delighted fans as they watched on The View. The choir belted out a version of Peggy March’s “I Will Follow Him”.

Prayers up that the movie will happen soon. Watch the full interview between Whoopi Goldberg and James Corden below: