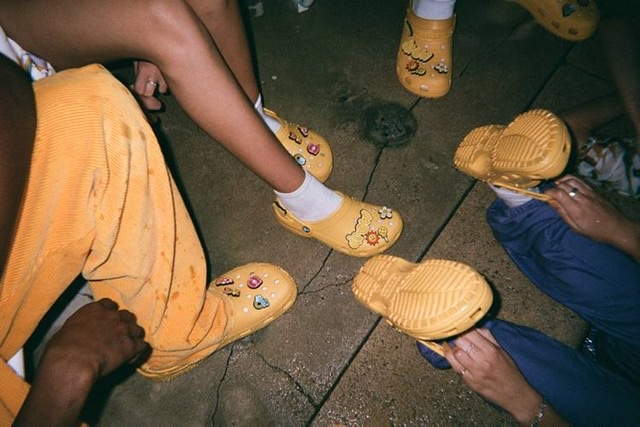 After teasing the collaboration recently on social media — Crocs and Justin Bieber have now officially unveiled their upcoming collaboration. Although people make jokes about Crocs for their unusual design, you cannot deny the impact they have had on the fashion world. Now the singer is putting his own spin on the design that is inspired by Bieber’s drew house label.

The slides take on the Classic Clog silhouette accompanied with eight custom Jibbitz charms. According to Justin he has been wearing Crocs “since the beginning of time” and is excited to have his own design. Due to Justin’s A-list status, the teaser also caused the company’s stock to jump as much as 11 percent once the public was informed on the possible partnership.

The bright yellow clogs are set to drop October 13 and will be priced at $54.99 USD.