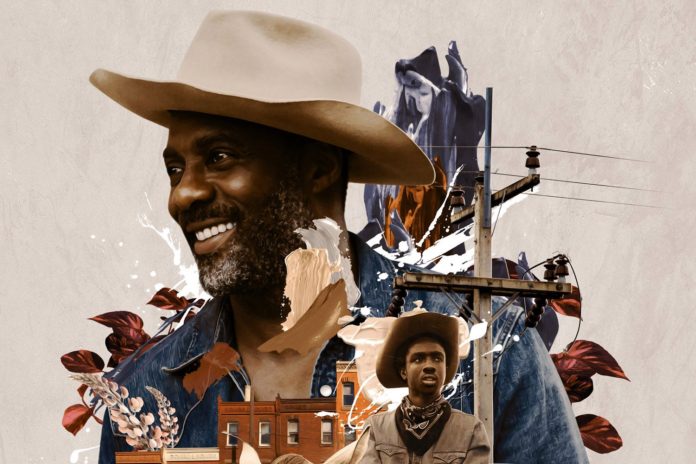 Award Winning Actor, Idris Elba is a well known figure in the film community for his phenomenal roles in star studded films and embodying his characters to a ‘t’. Therefor, if anyone knows the ropes of Black Hollywood, he’s your guy.

Idris stars in the film ‘Concrete Cowboy’ where he and Caleb McLaughlin play an on-screen father and son working to rebuild their estranged relationship.

After being suspended from school, 15-year-old Cole (McLaughlin) is sent to live with his dad, Harp (Elba), in Philadelphia. Harp is now around town for his rehabilitation of horses for inner-city cowboys at the Fletcher Street Stables. These events are inspired by the real-life Fletcher Street Stables, a Black urban horsemanship community that dates back more than 100 years.

Now in the film there is one specific line used by Harp’s mother that says ‘How do they expect us to grow up, if we have to watch our backs every time?’

In a BET Interview, Idris expresses how that line is used in the film to break barriers and create tension throughout scenes.

The actor also goes on to break down how that line ties into his elite status in maneuvering throughout Black Hollywood.

“Whenever we can have something for ourselves, there’s someone under us trying to squeeze it down. Even as a actor that’s done well in Hollywood, you have a sense of it can be taken away from you at any time.” he continues “You just can’t relax, even when it’s going good and that’s something that we have in us.”

Concrete Cowboy is now available for steaming on Netflix and Disney +.