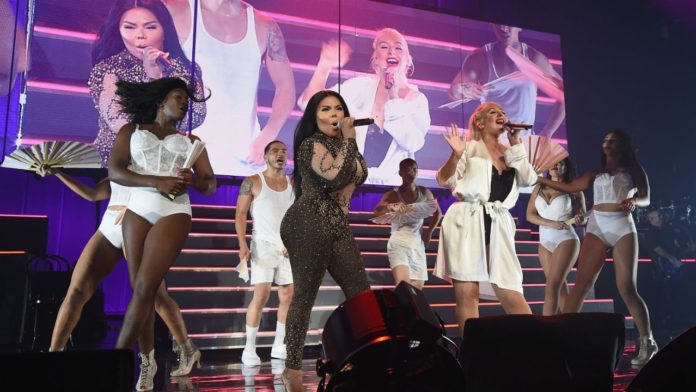 Pop star, Christina Aguilera, is on her Liberation Tour and while in New York she teamed up with the Queen B, Lil Kim, to perform their hit song Lady Marmalade.

The recording of Lady Marmalade also included singers Mya and Pimk and was featured on the soundtrack for the film Moulin Rouge.