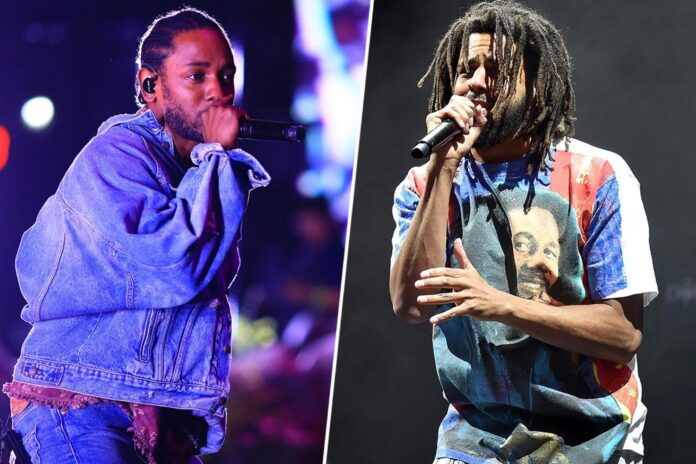 After years of reservations with the press, J. Cole sat down for an hour long interview with the quirky and unconventional interviewer, Nardwuar. On Christmas Day, “The Off-Season” rapper connected with The Human Serviette two years after meeting at the 2019 Day N Vegas festival. Cole said he would grant him an interview “in a year or so” and the time has come!

Nardwuar resembles a CIA agent the way he is able to find out information about his interviewees. During his interview, J. Cole was definitely caught off guard when two other artists become the topic of discussion. “Did you tell Dr. Dre about Kendrick Lamar?” Nardwuar asks. After being stunned by the question, Cole responds “The answer is yes, I did.”

He wasn’t the only one mentioning K. Dot to the Compton legend. Interscope’s Senior Vice President of A&R Manny Smith also mentioned the “good kid, m.A.A.d city” artist to Dr. Dre prompting him to sign via a joint venture with Top Dawg Entertainment and Aftermath Entertainment. Nardwuar follows up asking “Did you want to sign Kendrick?” Cole responds, “One hundred percent; I don’t know what I would have signed him to; we didn’t have our business intact. But that’s how much I rocked with him at that time. I met him and was instantly highly impressed. That would have been the first Dreamville artist in my mind.”

Watch here for the full interview and to hear more jewels dropped by J. Cole.