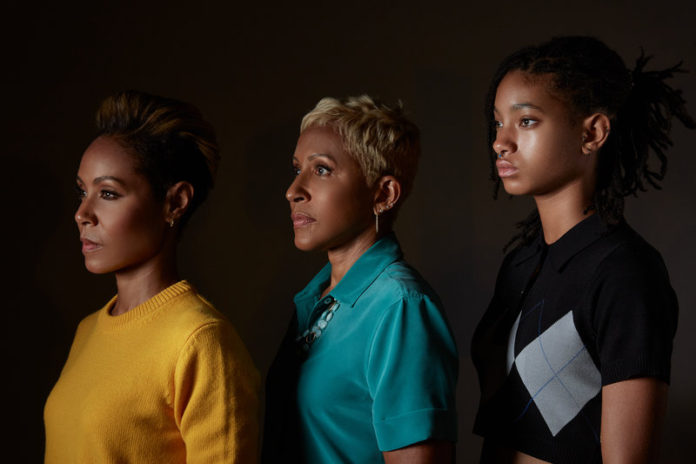 Jada Pinkett-Smith and her family has challenged our minds with intricate conversations and deep revelations since 2018. Red Table Talk is a Facebook Watch show that stars Jada, her mother Adrienne Banfield-Norris, and her daughter Willow Smith. The “multigenerational talk show” highlights the unique experiences and opinions of the Smith family as they invite guests and family to discuss pressing cultural topics. The “red table” creates a safe space for guests to unravel the layers of their thoughts. The set of the talk show has no live audience, and is located in the Calabasas Smith home. Pinkett-Smith sat down with Forbes to explain the history of the show, and how it came into production with Facebook.

When creating the concept for Red Table Talk, Pinkett Smith made it clear that it was all about her family, “To create conversations between my mother and my daughter, because even though we were close, we didn’t really know each other,”. The family dynamic has attracted millions of Facebook followers and has created open discussions for families everywhere. According to Forbes, “Last year it won an NAACP Image Award in the Outstanding Host in a Talk or News/Information Series category and also earned a daytime Emmy nomination.”

Pinkett Smith was sure to let the world know that Red Table Talk is deeper than just a family business. “Red Table Talk is three women from three different generations sitting at the table talking about issues or concerns with very different lenses in which we see the world,” says Pinkett Smith, who is also the show’s executive producer. “It’s the power of communication . . . and it’s why the show became so important.”

Seeing this type of family dynamic is rare in the media, especially for a famous black family. It is great to see that they are not only successful in their own careers, but in their blended family life too. The success of the show has gotten the family renewed through 2022.