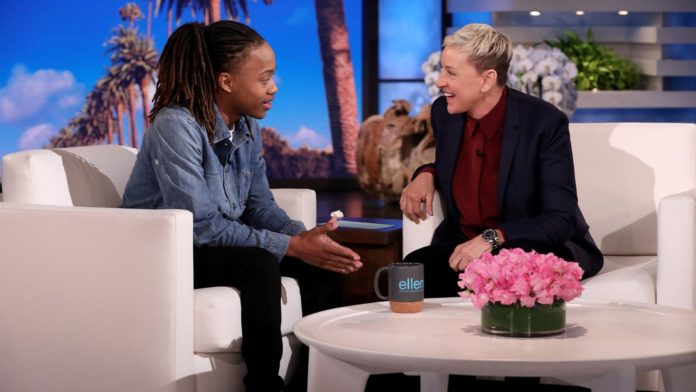 Texas teenager, DeAndre Arnold, ran into controversy with his high school over his apparence. The student who goes to Barbers Hill High School was told by staff that if he doesn’t cut his dreads he will not be able to walk at graduation even though he is a well rounded student.

During an interview with KRPC DeAndre said, “A lot of the men in my culture grow their dreadlocks. I really like that part of Trinidadian culture. I really embrace that.” Despite his hair following the school policies of being above the ears and off the shoulders, DeAndre has not been able to return to school unless he completely cuts his dreads. DeAndre has refused as he wants to stay true to who he is as his Caribbean roots are a big part of his identity. This story has made national news and caught the eyes of many celebrities who wanted to help the young scholar.

During an appearance on the Ellen DeGeneres Show, DeAndre spoke on the importance of his personal identity and how this situation as escalated quickly. “So if I got back to school tomorrow my only options are in school suspension or alternative school.” he continued by saying, “Alternative school is where all the kids who have behavioral issues like sell drugs all the time go. I wish the best for them and I know that they have good qualities but I do not deserve to be grouped with them.”

After listening to his heartfelt story, Ellen looked into the camera and pleaded for the school to “please change your mind, do the right thing.” as DeAndre deserves to walk with his graduating class. Alicia Keys then came out to to surprise the 18 year old student with a check for $20,000 for college. “I’m super proud of you for doing what you know is right,” Keys said. “I know the school needs to do the right thing.” We are hoping the school listens to the plea of those who support him and allow this young man to continue doing great things.