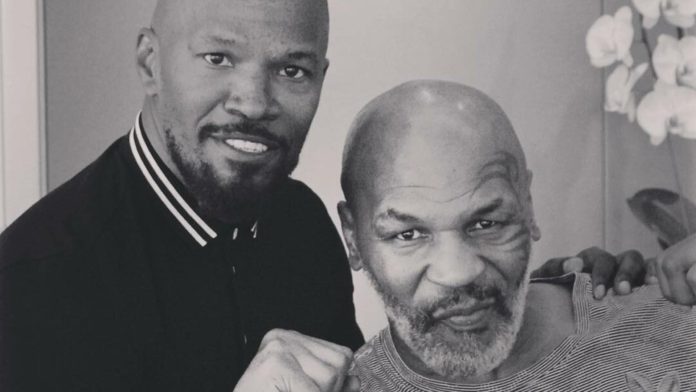 Oscar-winning actor, singer and comedian Jamie Foxx, put an end to speculation regarding his participation in the Mike Tyson Biopic. The 52-year-old actor confirmed on June 18, 2020, that he is still portraying Tyson in an interview with Hollywood producer Mark Birnbaum on Instagram Live.

Foxx was first offered the lead role in 2014, but as six years went by and no official premiere date set many wondered if the highly anticipated film would be made at all. The “Ray” actor admits that creating biopics can take some time.

“Doing biographies is a tough thing. Sometimes it takes 20 years to get it done but we officially got the real ball rolling.” He also added, “I can’t wait to show people what it is.”

Foxx opened up about the first time he met the All American heavy weight champion at the tender age of 22. The comedian admits he’s seen Tyson live many “different lives.”

The world champion was at the top of his career when he faced some devastating woes. In 1992 he was arrested after being convicted for rape, filed for bankruptcy in 2003, and plead guilty for possession of cocaine and driving under the influence in 2007, according to CNN.

During the interview, Foxx opened up about his grueling fitness regime and how he bulked up for the role. His exercise regime consist of “60 pull-ups, 60 dips, and 100 push-ups every other day.” Reports say his starting weight was 216 and has now jumped to 230 due to his extensive workout regemine.

He jokingly said with the advancements of CGI people will think he is Tyson. “The technology of how I’m going to look, I guarantee you people will run up on me in the street and ask for autographs, and think that I’m Mike.”