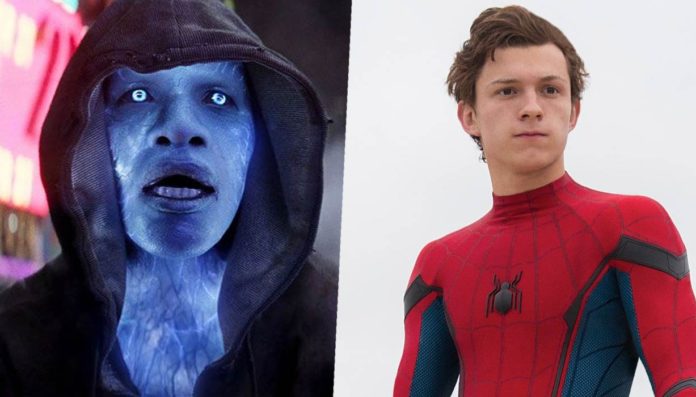 Jamie Foxx teased fans with his return to The Amazing Spider-Man franchise, “tell Spidey let’s run it back!” he writes in a now-deleted Instagram post.

Foxx posted an image of three figures dressed in Spider-Man suits facing what appears to be an electrical storm brewing above the city line. He captioned the now-deleted photo “Tell Spidey let’s run it back!…. super excited to be part of the new Marvel Spider-Man new installment…can’t wait for y’all to check the new one. And I won’t be blue in this one!! But a thousand percent badass!!!!”

Foxx originally played the supervillain Electro in The Amazing Spider-Man 2 which was released in 2014. According to The Hollywood Reporter, Foxx has entered the final discussions to reprise his role as Electro in the upcoming Spider-Man 3, which would also mark Tom Holland‘s third film as Peter Parker.

Foxx’s Instagram post, which features 3 spider-mans, has fans in a frenzy attempting to figure out if Marvel is producing some type of multiverse scenario. This theory can be support by J.K Simmons’ return as J. Jonah Jameson in Far From Home. The character J. Jonah Jameson was originally the editor-in-chief of the Daily Bulge’s in Sam Raimi’s Spider-Man. The role was reprised and J. Jonah Jameson returns as the host of TheDailyBulge.net in credits of Far From Home.

Although fans are eager to see what Marvel has in store for the upcoming Spider-Man 3, they will have to wait a little longer. Due to coronavirus pandemic, Spider-Man 3’s release has been pushed back to November 2021 but filming starts this fall.