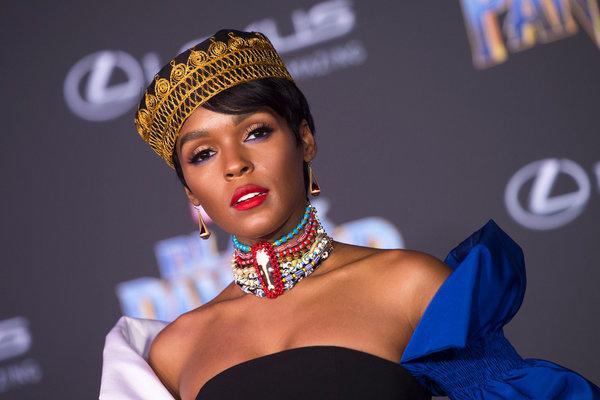 As for her fans all over, we know Janelle Monáe has the chops and today (December 11th) it was announced that the “Dirty Computer” songstress will be starring in Gloria Steinem’s biopic, “The Glorias: A Life On The Road”! Following her new movie Welcome To Marwen which hits theaters later this month, it seems as though she has already signed on for her next role. Monáe has come aboard to play Dorothy Pitman Hughes, the activist who cofounded Ms. Magazine and the Women’s Action Alliance with Steinem in 1972.

Check out the first ever 1972 Spring Issue of Ms. Magazine below.

Who better than Janelle Monáe to star as Dorothy Hughes in the biopic about Steinem, for she too is an outspoken human rights advocate. Hughes activism included raising bail money for civil rights protesters, pioneering childcare, and organizing the first shelter for battered women in New York City, in addition to working with Steinem. If you ask me, there’s no one better fitting for the role than Janelle Monáe herself. Based on Steinem’s memoir, The Glorias: A Life On The Road, she will be starring alongside Julianne Moore and Alicia Vikander who in which will play as the feminist and social-political activist, Gloria Steinem in different points of her career.

The Steinem and Amy Richards executive produced biopic, The Glorias follows major events in Gloria’s life and journey of becoming a reformer for equal rights and her innovative work as a journalist and campaigner. Producing the film is Alex Saks with Julie Taymor and Lynn Hendee and is presented by Fifty-Four Pictures. The cast is set to begin shooting in January in Savannah, GA.

Janelle has really taken her acting career to new heights in 2018. Her company, Wondaland Pictures, recently inked a first-look film production deal at Universal. But wait, Monáe’s acting reel doesn’t conclude there, in fact, she also recently signed on for an unspecified role in the upcoming Harriet Tubman biopic, Harriet.