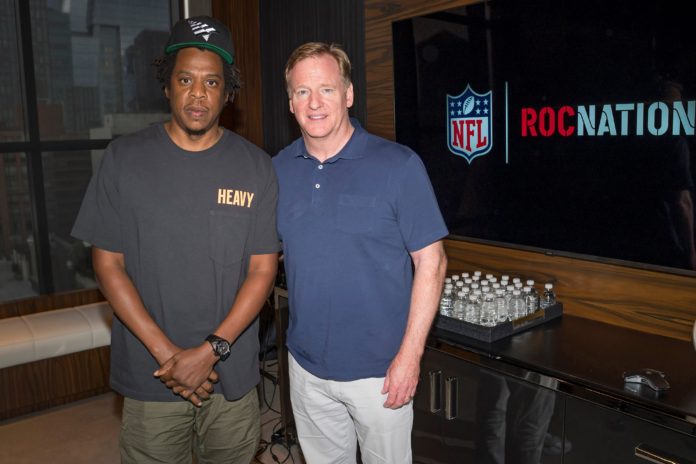 Since the announcement of his partnership with the NFL Jay-Z has found himself defending his decision to fans and supporters all over. iHeartRadio reports that in a press conference on Wednesday August 14th when the Roc Nation Executive was asked if he would kneel or stand for the National Anthem, he replied, “I think we’ve moved past kneeling. I think it’s time to go into actionable items; I don’t want people to stop protesting at all. Kneeling is a form of protest. I support protests across the board. We need to bring light to the issue and I think everyone knows what the issue is. We’re done with that.”

The rapper then goes on to say why he thinks his partnership is the next phase in Colin Kapernicks fight for social injustice “We forget that Colin’s whole thing was to bring attention to social injustice. In that case, this is a success. This is the next phase,” he explained. “There are two parts of protesting. You go outside and you protest, and then the company or the individual says, ‘I hear you. What do we do next?” Everyone heard, we hear what you’re saying, and everybody knows I agree with what you’re saying so what are we gonna do? You know what I’m saying? Help millions and millions of people, or we get stuck on Colin not having a job.”

Ironically Jay-Z’s and the NFL’s announcement came on the 3 year Anniversary of the first time Kapernick Kneeled to protest systematic oppression.