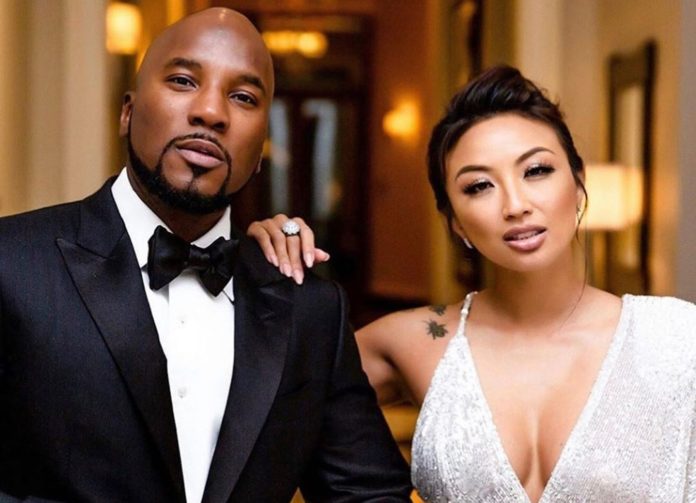 Season seven of daytime talkshow ‘The Real‘ has been a different experience compared to all the other seasons. Loni Love, Adrienne Bailon-Houghton, Garcelle Beauvais, and Jeannie Mai have brought up hot topics about race, the 2020 election, love, and morality right from their home studios.

On Tuesday’s episode (October 6), the ladies were candid about their relationships and the roles they each play as a wife, fiancé, or girlfriend. Jeannie Mai shocked her TV co-hosts when she spoke about the role she wants to play for her man, Jay ‘Jeezy‘ Jenkins.

“I want to submit to my man. When I hear this definition … submitting has a negative connotation. It means that you are less important, you are lower than that person that you’re submitting to. It usually can be like, you know, referenced as somebody who works lower than you, and that’s not what I’m referring to here,” Mai told her co-hosts.

Mai expressed that she fully understands that the idea of being submissive has a negative connotation to it but she wanted to set the record straight.

“I’m a very dominant woman. I own my business, I lead my teams, I played my own manager, my own publicist, my own lawyer when I didn’t have money to have those people,” Mai continued. “So, I make the decisions in my life,” Mai said, adding, however, that: “When I come home, I like the idea that my man leads us.”

Mai, who has always been for women leadership and empowerment, expressed that for her there is a time and place for everything. As a woman who dominates every other part of her life, it is a nice change of pace to have a well educated man lead their family.

“That doesn’t mean that in this case Jay makes all the decisions for us. That doesn’t mean that when he says, ‘How are we spending our money?’ or ‘Where are we moving?’ that I just say, ‘Yes sir,’ or ‘Yes, your honor.’ It’s not that. It’s a, ‘You know what? I think that we would do best here, I want to do this,’ and he takes the decision, he formulates it with our overall vision, and he leads us and I like to submit to that,” Mai explained.

She said she came to this realization because “it’s tiring being the boss of me.” She expressed she wants her fiancé Jeezy to lead the home and marriage because there is trust within the relationship. Due to him proving his capability as a leader, it is nice to take a step back in this department. “It’s tiring leading all the time in my life,” Mai said.

Mai explained that she also desires to take more of a submissive role after assessing her parents’ marriage, which ended in divorce.

“My mom … she has a very strong force, and she took over a lot of decisions in the household, to the point that my dad, unless it was always going to be a fight, he was like, ‘You know what? Go ahead.’ And that caused a wedge,” Mai shared.

“I can have a tendency to follow like my mom, ’cause it’s what I grew up in and I saw it. And I saw in my living space, I would all of a sudden just wake up and go and make decisions without asking and checking in, so I am the fault that can cause an inequality because I am pulling in habits from my old household to how I run my business today. That is not okay, and I’m careful and aware of that today. I’m just telling that to anybody else who didn’t tell me that when I could have learned that before,” Mai added.

As a divorced women one time in the past, Mai strives to learn and make changes that work for the woman that she it today.

“Jay is my king, so I want him to understand what I look forward to in the role and he has to honor his queen,” she concluded.

Watch the full clip below: