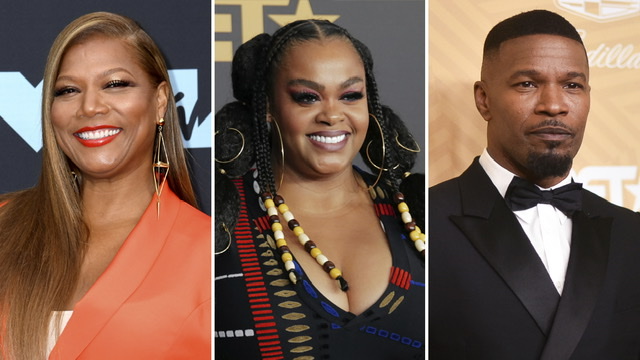 The Mahalia Jackson story is a one that is hard to forget. How can you forget the “First Lady of Gospel” who took it out of the church and marketed white audiences to sell millions of records. Keep in mind that Gospel music was not as mainstream and profitable as it is today.

Lifetime made an announcement this month that actress Danielle Brooks will play the legendary singer in a network biopic. The trend continued as news broke that Neo-soul singer, Jill Scott, will also bring Jackson’s story to the big screen.

For even more great news, it has also been announced that Queen Latifah and Jamie Foxx will be executive producing the big screen biopic, Mahalia! The biopic is based on the novel Mahalia Jackson by Darlene Donloe.

Latifah said, “This is such an incredibly important story to tell and we’re thrilled to work with Jamie on the project. Shakim and I are also looking forward to reteaming with our Clark Sisters producing partner, Holly Carter, to share Mahalia’s inspiring journey to becoming the Queen of Gospel music.”

Jackson’s story has always been a part of history but was never brought to the mainstream audience, despite her impact. It has been reported that Jackson worked closely with Dr. Martin Luther King and inspired the “I Have a Dream” speech. She won the first ever Gospel GRAMMY Award in 1961 and was a mentor to the late Aretha Franklin.

Producing partner Holly Carter claimed, “I am beyond grateful to be able to partner with Latifah and Shakim again and equally excited that Jamie has joined the team. Much like The Clark Sisters, Mahalia!is another epic story of faith that is driven by powerful and uplifting music. I believe Ms. Scott was a God-send and will be absolute perfection in the lead role.”