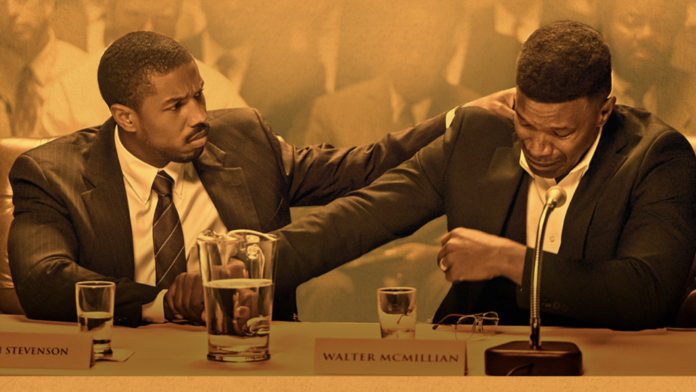 In the wake of George Floyd‘s death, conversations about systemic racism and a need for mass societal reform have increased. and a number of films and documentaries have been made available to stream for free in an effort to help guide the broader education process.

Warner Bros. has made Destin Daniel Cretton’s 2019 drama Just Mercy available as a free rental throughout the month of June. The movie is based on the book by civil rights attorney Bryan Stevenson and follows Stevenson (Michael B. Jordan) as he works to free Walter McMillian (Jamie Foxx) from death row after being wrongfully convicted of murder.

In a statement, Warner Bros. said:

“We believe in the power of story. Our film ‘Just Mercy,’ based on the life work of civil rights attorney Bryan Stevenson, is one resource we can humbly offer to those who are interested in learning more about the systemic racism that plagues our society. For the month of June, ‘Just Mercy’ will be available to rent for free across digital platforms in the US.

“To actively be part of the change our country is so desperately seeking, we encourage you to learn more about our past and the countless injustices that have led us to where we are today. Thank you to the artists, storytellers and advocates who helped make this film happen. Watch with your family, friends and allies. For further information on Bryan Stevenson and his work at the Equal Justice Initiative please visit EJI.org.

The 2016 Oscar-nominated documentary, I am Not Your Negro, based on the unfinished manuscript by James Baldwin, has been made free to stream on Hoopla and Kanopy as well as free for Amazon Prime Subscribers. Both Hoopla and Kanopy have dozens of documentaries and films available for free for subscribers, including social justice films such as the 2017 film Whose Streets? which focused on the protests in Ferguson, Missouri after the death of Michael Brown in 2014.

On Thursday, Criterion—a global streaming service—announced it was making numerous classic films, documentaries, and shorts from black filmmakers available for free on The Criterion Channel, with no subscription required. Some of the filmmakers highlighted include Maya Angelou, Cheryl Dunye, and Charles Burnett, among many others.

Streaming service IFC Films Unlimited also announced that The Black Power Mixtape 1967-1975 is streaming for free on its platform (available through Amazon Prime Video and Apple TV) through June 12.

PBS announced that it will release multiple programs via its linear channel and website, PBS.org, focused on race in America this month. Music streaming services such as Spotify and Tidal have also released motivational and informational content based on black creators. You can find a compilation of speeches, music and videos inspired by the plight of African Americans since the beginning of time.

Hopefully the circulation of this content sparks educated conversations and systemic reform.