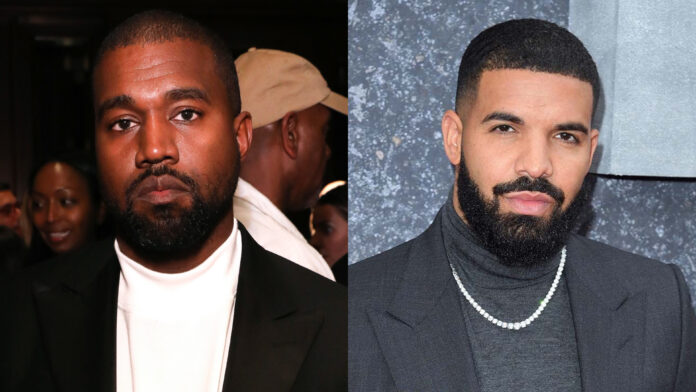 Kanye West is finally ready to put the back and forth feud between him and Drake to rest. In a video shared by J Prince on twitter, he addresses the audience stating, “I’m making this video to address the ongoing back-and-forth between myself and Drake. Both me and Drake have taken shots at each other and it’s time to put it to rest.”

I met with @kanyewest night in Htown at the Rothko Chapel. It wasn’t in my plans to meet him there but I must say I’m glad I didn’t allow a worship place for God to detour our meeting. pic.twitter.com/GM9FIN80Uj

Kanye West extends the olive branch by inviting Drake him to perform in Los Angeles on December 7, to with the ultimate purpose to free Larry Hoover. Larry Hoover is the cofounder of the Disciple Gang and is currently incarcerated in Colorado prison.

After several diss-tracks and Twitter feuds, J Prince admits that he wanted to finally see peace between the two talents as well. The beef between the two artists intensified earlier this year with the release of Ye’s Donda and Drake’s Certified Lover Boy being releases back to back. Drake never calls out Kanye by name, but fans are always well aware of who he is mentioning when he disses the artist. Specifically on Drake’s track “7AM on bridle Path,” The two rappers coming together will show the community that they can put their differences to the side for a bigger cause.

The feud that has lasted for years looks like it is finally coming to an end, if Drake accepts Kanye’s invite to perform onstage with him.