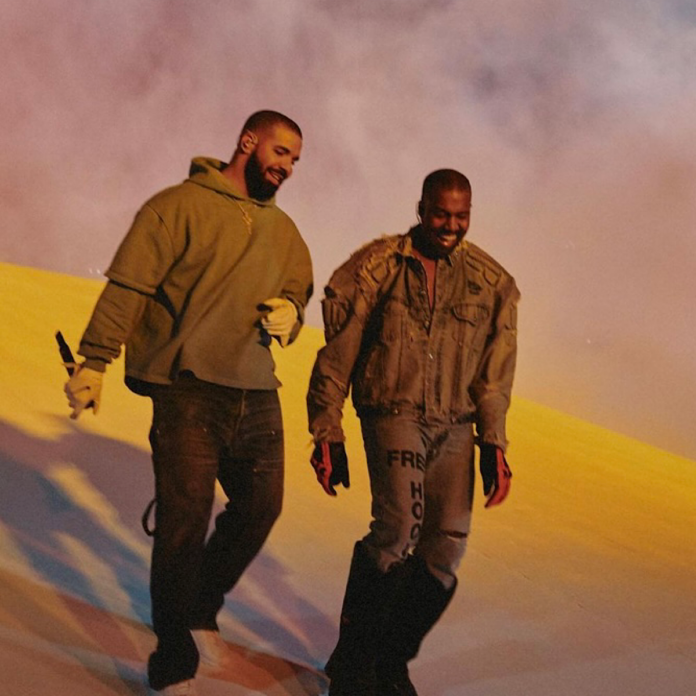 An almost decade long hip-hop feud came to an end through music and bright lights.

This week Kanye West and Drake came together in unity to give the fans what they desperately wanted. The duo performed a collection of all their greatest hits at Dave Chappelle’s comedy tour in Toronto.

According to Page Six, Drake’s promoter, J. Prince, apparently orchestrated the long-awaited reunion and encouraged the two to make amends. The pair have not been seen together musically since the early 2000s, so it was historic to have a night where they stood in alliance for an even bigger cause.

On December 9th, they continue their #FreeLarryHoover movement with a benefit concert in Los Angeles.

“I believe this event will not only bring awareness to our cause but prove to people everywhere how much more we can accomplish when we lay our pride aside and come together,” said Kanye West in a statement.

Although fans loved that their favorite hip-hop giants came back together it left many people wondering, who is Larry Hoover? Who is the man important enough to have a concert thrown in his honor? For those who is aware of their hip-hop history, other rappers use him as a point of reference in their music. Rick Ross famously had a line in his 2010 song titled B.M.F stating, “I think I’m Big Meech, Larry Hoover.” Implying that Hoover is a man of big status.

According to NewsOne, Hoover is a Chicago gang leader who is currently serving six life sentences for his alleged involvement in a gang-affiliated murder stemming from 1973.  Larry was sentenced to 200 years in prison, but it seems the popular opinion around his case is changing now. His family is now urging Colorado’s ADX Florence prison facility to release the former Gangster Disciples leader citing that he has served enough time for the alleged crime. Most sentences for a crime in this category would not be this long, but the government knew the impact Hoover had on the community and made an example out of him. West has supported Hoover for years, even taking it a step further and asking former president Trump to pardon this man in 2018.

There are mixed opinions about Hoover, but earlier this year he was of operating the Gangster Disciples from behind bars. He maintains his innocence as during his life sentence he has denounced violence among those who follow his teachings. Now that he is self declared changed man, he enforces mandatory education for all members, learn trades, and develop skills in order to become an asset in society. During West’s viral Drink Champs interview, he explained why he is strongly supports Hoover’s case. “I got involved cause all my n****s is GD,” implying that he has friends who are a part of Gangster Disciples, the gang where Hoover holds the leader title. Ye is using his economic and political freedom to bring awareness to his ultimate end goal.

Watch the full Ye and Drake concert below: