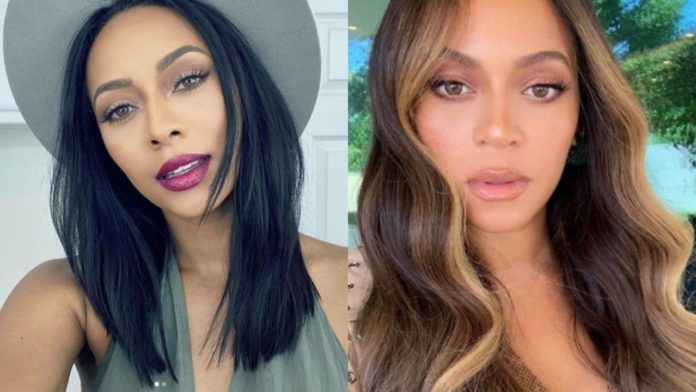 Over 12 years ago a rumored feud between singers Keri Hilson and Beyoncé became public that sparked some controversy. However, Keri Hilson let’s us all know that this is simply a thing of the past.

During an interview on 92 Q’s Midday’s with Persia, Keri was asked if she would be open to working with Beyoncé in the future in either music or film.

Keri reveals that the two have actually come to an understanding since that period of time.

“She actually has introduced herself. It was a gracious moment, I appreciated it. I feel like she understood what had happened, what had transpired and there was a bit of healing in that moment when we met,” the 38-year-old said. “I take her as a very intuitive kind of soul, as am I. –I think it would be a very fun experience to do that if she were open. I do feel like she understood what that was all about.–She’s amazing. I’ve always felt that way, that’s the truth of the matter but no one will believe that.”

Does this mean we can expect a future Collab from the pair?! Guess we’ll have to wait and see, but what’s for sure is that this rumored feud has now been put to rest!