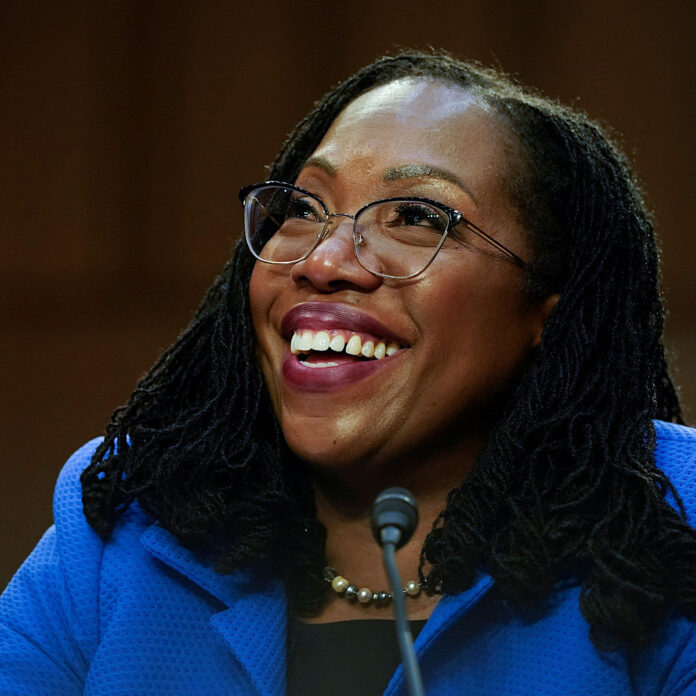 Ketanji Brown Jackson made history as the first Black woman confirmed to the Supreme Court. This has made headlines for the Democratic Party and all African Americans. Jackson stood in front of the White House to express her gratitude and paid homage to her family, friends, and community who paved the way before her.

She spoke on her intentions to build America back to a strong nation. “I am the dream and the hope of the slave,” said Judge Jackson, quoting poet Maya Angelou as she stood at a lectern on the South Lawn. Jackson spoke on  it has taken 232 years and more than 100 mostly white male justices before her to get to this point. She added: “But we’ve made it. We’ve made it. All of us. Here in America anything is possible.” The announcement was made Thursday and the support by the U.S. Senate and president Joe Biden has been overwhelming.

Vice President Kamala Harris also paid her respects while looking out into a packed audience during Jackson’s speech. The guest list included a long list of Washington’s political power circles. According to Essence, “Rep. Joyce Beatty, chair of the Congressional Black Caucus, was joined by fellow members. Political gurus Minyon Moore and Donna Brazile and many activists who’ve championed the Judge. Carol Moseley Braun, the trailblazing first Black woman in the Senate, embraced well-wishers. Rev. Jesse Jackson was spotted, along with the Mayors of Baltimore and Chicago. The women leaders ranged from Laphonza Butler, the first Black women president of Emily’s List to Kylie Burke president of Howard University’s student government association, to name a few.”

Biden added to the conversation by saying, “I could see it as a day of hope, a day of promise, a day of progress, a day when once again the moral arc of the universe—as Barack used to quote all the time—bends a little more toward justice,” Biden said, noting the impact Jackson will have on Black women and girls and others. “I believe so strongly that we needed a court that looks like America.”