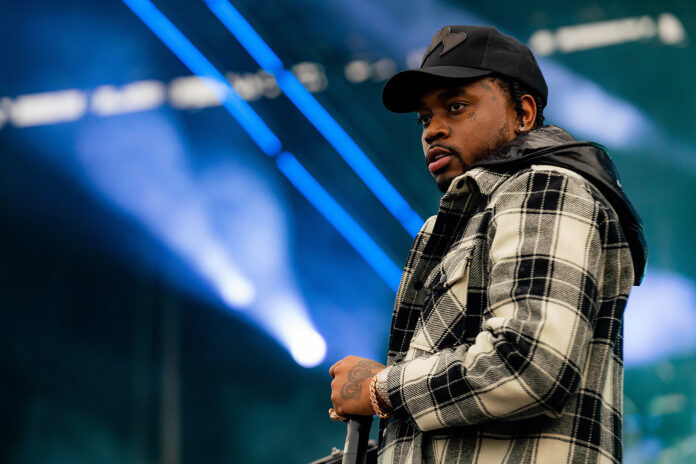 Maxie Lee Ryles III is known by his stage name Fivio Foreign. Fivio is an American rapper and songwriter whose rise to fame catapulted with his single, ‘Big Drip,’ released in 2019. Recently he shared his perspective on the drill rap genre and his growth as an artist.

In February of this year, many media outlets ran with the caption that current New York City mayor, Eric Adams, declared war on drill rap. This spurred the apparent attention of many artists and groups concerning it, including fellow New York drill rapper Fivio Foreign. “When I first heard the headlines about drill music I automatically felt targeted,” the artist shares in an interview with HOT 97‘s Ebro. The headlines passionately spurred Fivio to reach out to anyone he could to set up a meeting with the mayor. “I hit up everybody to get a meeting, T.I.‘s mom, Pop Smoke‘s mom, and Maino because they have connections with everybody.” This meeting is what helped him to grow as an artist and a person, revealing to him the benefits of unearthing the whole story before jumping to conclusions. “He wasn’t saying that he wanted to ban drill music. Instead, he [referring to the mayor, Eric Adams] wanted to hold the negative content in the lyrics accountable. He wanted to change the perception of how young black kids were being targeted and conflated with violence and negativity. He was vibrant in also sharing his perspective on the genre. “I feel like there’s a perspective out there, for drill music, that it’s just about beefing and dissing everybody. I feel like it’s one of my responsibilities to show people that’s not the only drill. It is also about the content. We can do drill beats, talk about fashion, and still go viral.”

Aside from the recent showcase of learned restraint, the NY artist also shares his perspective of growth growing up in the hood. “Some people glorify staying in the hood. You might not be a problem, but they might see you as a problem, even if you’re not doing anything. Even if you’re not looking for trouble, trouble is there in the hood. So we’re changing the narrative. Making it cool to show people bigger things and growth. The reality is, it’s something they just aren’t used to.”

In addition to inspiring growth in the community, he comments on bearing his emotion in his craft and coping mechanisms entangled in this lifestyle. “Being emotional is one of the hardest things to come to because it makes you look weak to show that you’re hurt or scared. People tend to want to avoid those kinds of things and don’t want to speak on it,” he continues. “Like when I was starting off, speaking and going to meet the mayor for the first time. It’s a scary thing.”

Fivio adds what he feels can help people through trying circumstances. “You got to be brave. Many people aren’t brave, so they turn to things like drugs and alcohol. Dealing with stress and this lifestyle, I had to learn how to battle that and overcome that because I saw what it did to people. You don’t want to go down that road, so you have to get brave enough to deal with reality, and it’s not easy. I still go through nervous moments. When you get past that first hard part, it gets better.”