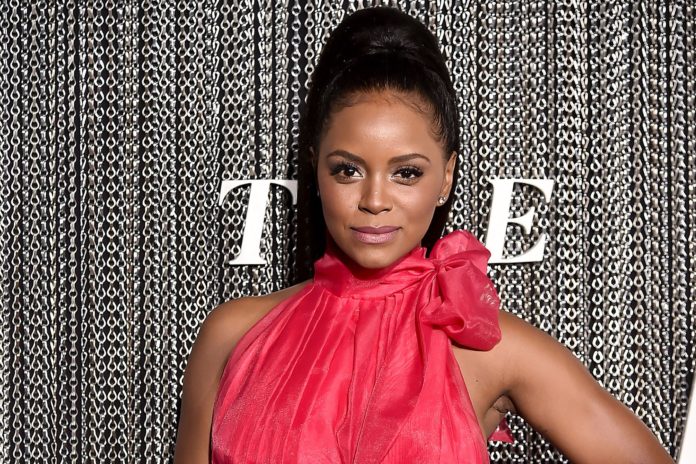 Krystal Joy Brown is no stranger to the spotlight, especially with her previous work on Broadway starring in the musical Hamilton. Krystal also played Diana Ross in the Broadway musical Motown. She’s now in the works of a Christmas film for all Holiday lovers!

The film ‘One Royal Holiday’ stars Brown as the character Sarah, the youngest Mayor in her town. In an exclusive interview with JaGurl TV, Brown expressed how her love for the holiday season and the film itself go hand in hand. “My birthday is December 22nd, I am obsessed with the holidays, I am obsessed with the holiday spirit, as soon as November 1st hits I start listening to holiday music.” This worked out perfect as her character and her characteristics are closely aligned. “When I got the audition I thought, okay this is a little too on the nose, she’s thrilled about Christmas, she’s also into social media, and she’s trying to push this quite town into a new age by going Christmas crazy, which is what I call it for me.”

When’s the last time you smiled that big? Let’s all smile together Oct. 31 @ 8pm EST. You’ve earned it. 😁🎄🙏🏾🎁🎅🏾 Thanks @hallmarkchannel for getting me to smile in 2020. 💜 #Repost @hallmarkchannel ・・・ No one in town has more Christmas spirit than Sara @krystaljoybrown! See for yourself Saturday at 8pm/7c during the Hallmark Channel Original Premiere One Royal Holiday. Use #OneRoyalHoliday to tweet with us! ❤️ 💚

In addition to acting, Brown is an advocate for diversity in Hollywood, “I talked with the director, when we first got in, we sat and we really had a chat about what the optics need to look like. What is inclusion? What does it look like? What does it feel like? And he was so open and available for those type of conversations.” The Hallmark Channel seems to want to be apart of the change and is open to making those adjustments with more diverse standpoints. There’s even a black woman casted as a CEO in the holiday film.

When it comes to community activism, Brown is sure to involve herself with companies who are taking action and making a change. The Hamilton Racial Justice Task Force, in which Brown is apart of, has committed to developing collectively a comprehensive plan of action for racial injustice. “We are doing whatever we can, to get people to vote, to stay engaged and stay together as a unit.” Brown continued, “They have meetings once a week where the team discusses how they can impact the most change especially in the black community.” This team is made up of the producers and black cast members from every company. They’ve also raised over $3 Million dollars for campaigns.

With Thanksgiving and Christmas right around the corner, Brown left us with a key take away for the season, “You’ve got to celebrate everything, that’s what the movie is about, every little thing, every win.”